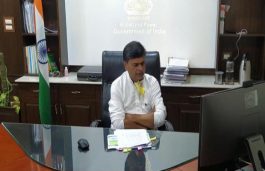 Power and New & Renewable Energy Minister RK Singh have launched the pan-India Real-Time Market (RTM) in electricity, placing India amongst a league of few electricity markets in the world having such system. RK Singh has launched the RTM through video conference in New Delhi, on Wednesday. On explaining the significance of the RTM, RK […]