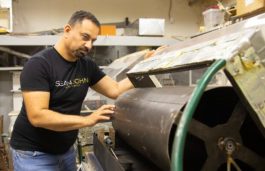 Known for its pyramids, Egypt has decided to build 17 desalination water plants powered by renewable energy, under a new $2.5 billion initiative, to tackle the severe water scarcity that the Arab country is expected to soon suffer from, according to media reports. Desalination, which turns salt water into water that is fit to drink (most commonly […]