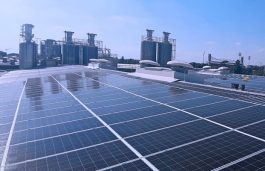 Indian corporates across energy-intensive sectors are increasingly adopting solar for captive use, the latter comprising a solar power plant that is deployed by a company for its own consumption. That is, power generated by such a solar power plant is consumed entirely by the developing company itself. For instance, Mumbai-headquartered auto major Mahindra & Mahindra Ltd. […]