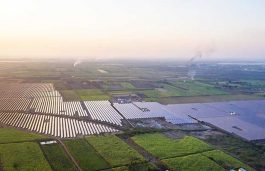 The fourth General assembly of the International Solar Alliance (ISA) concluded on October 21 with a pledge to achieve the 1 trillion dollar funding target for creating new solar capacity by 2030. Presided by Union Power and New and Renewable Energy Minister R.K. Singh, who is also the President of the General assembly, the funding […]