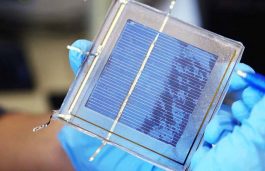 Hanergy has announced that its US-based subsidiary Miasole’s large area flexible CIGS PV module has been rated with the highest efficiency in its class. One of the world’s largest thin-film power solution company, Hanergy Thin Film Power Group has announced that Fraunhofer Institute for Solar Energy Systems, a German-based solar energy testing laboratory, has rated […]