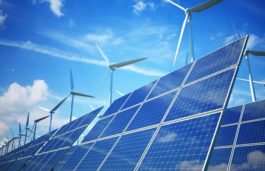 Total capacity, including hydro and biomass as well as solar energy and wind power, rose to 728 GW by end-2018, the NEA said during a briefing. According to official numbers, China’s renewable energy capacity increased by 12 percent in 2018 year-on-year compared to 2017. The leading country in the world for both solar and wind […]