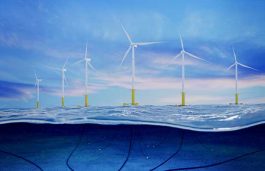 Massachusetts electric utility companies have opened their third offshore wind solicitation, releasing a Request for Proposals (RFP) for up to 1,600 MW of offshore wind power, twice the capacity they contracted in the previous rounds. The Baker administration announced the RFP on Friday, for which confidential bids are due by September 16 and public proposal […]