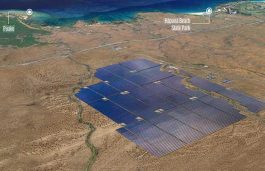 Last Week, Sterling and Wilson Solar (SWSL) announced its biggest, and second major contract in the Australia market, when it announced am AUD 615 million dollar win for an EPC and O&M contract in the country.  While the firm didnot disclose the name of the project, it is becoming increasingly apparent that the project is […]