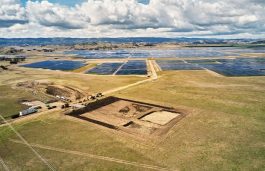 Apple has announced that it is investing in a major energy storage project in California to pilot new solutions for renewable infrastructure. Apple has announced that over 110 of its manufacturing partners around the world are moving to 100 percent renewable energy for their Apple production, with nearly 8 gigawatts (GW) of planned clean energy […]