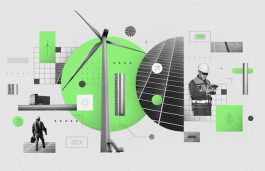 Global tech-major, Apple has revealed that it has nearly doubled the number of suppliers that have committed to run their Apple production on 100 percent clean energy, bringing the total number to 44. Because of this partnership between Apple and its suppliers, the California-based tech company will exceed its goal of bringing 4 GW of […]

Another Deadline for OE Services Related to Solar & ...

PLI Scheme for Battery Storage Will Lower Cost of EVs in ...