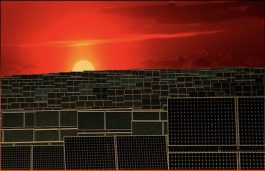 EU Set To Achieve 2 of its 3 Climate And Energy Targets F...

Urgent Action Needed for the Energy Transition in Heating...