Xavier Headmaster David Eustis said 30 percent of the solar panels will be introduced on the school’s rooftop and the larger part of its boards will be built ashore the school claims. 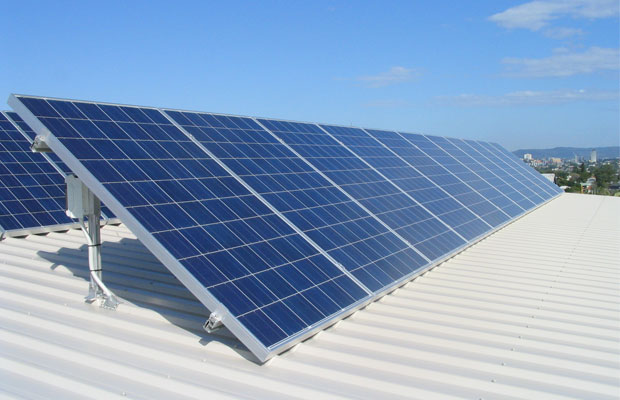 Xavier High School has started updating its energy efficiency, and by the fall will produce the greater part of its own power from solar panels that will be introduced on the school grounds.

The school this week is redesigning its light installations, lessening its power request by 10 to 15 percent by changing 3,189 brilliant knobs to LED lights.

At that point through the spring and summer, a temporary worker will introduce a 600,000-kilowatt solar array that is evaluated to spare the school about $50,000 every year on power costs.

Eustis said Xavier will turn into the main Catholic school in the state to change completely to solar power.

“The Vatican, the Pope has called on all Catholics to be more mindful of the environment,” Eustis said. “Institutions that can use renewable energy to promote the health of the environment is something he has encouraged. As a Catholic high school, we are taking that to heart and we are going to completely change the way we use our energy in the future.”

The task will be supported by the Connecticut Green Bank, shaped in 2011 by the state governing body to back sustainable power source ventures, or by private duty credit speculators.

Benjamin Healey, chief of the Green Bank’s Clean Energy Finance program, said regardless of where the subsidizing originates from, Xavier will pay a lower rate and utilize clean energy.

“The savings are real and meaningful,” Healey said. “We love to see public and private schools coming forward with projects like this because the savings can be reinvested into the classroom.”

The Green Bank frequently does not straightforwardly subsidize ventures, but rather encourages interest in various different ways like totaling speculators and purchasing down loan costs, authorities said. Since 2011, the Connecticut Green Bank has taken an interest in 22,000 undertakings creating 235 megawatts of clean energy, Connolly said.

Xavier will pay a 20-year settled rate of 7.9 pennies for each kilowatt hour of energy it employment. At the present time, the school pays around 11 pennies, and the new settled rate will make it considerably simpler to the spending plan for utility costs, Eustis said.

“The incentive for us is there’s no operational cost to the school, which is huge,” Eustis said.

In summer when just organization is working on the Randolph Road grounds, Xavier hopes to profit off the power produced by the solar panels, he said.

“The Connecticut Green Bank has done dozens of school projects like this throughout the state and we’re thrilled that Xavier is moving forward,” Healey said.