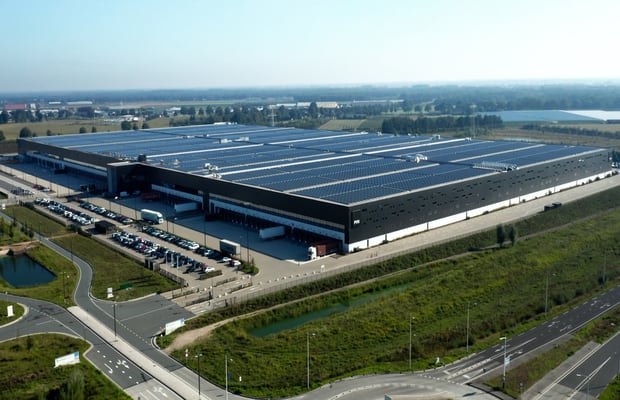 PVH Europe, the global headquarters of Tommy Hilfiger and the European offices of Calvin Klein, both owned by PVH Corp., has announced the installation of what is believed to be the world’s most powerful (currently operational) rooftop solar system at its state-of-the-art Warehouse and Logistics Center in Venlo, the Netherlands.

Generated by more than 48,000 solar panels, the solar rooftop system covers the Center’s electricity footprint, as well as indirectly providing 100 percent of all energy for PVH Europe’s warehouses, offices and stores in the Netherlands via the Dutch public power network.

PVH Europe’s energy partner, Eneco, has certified that all energy needed to power these buildings is generated by the new rooftop installation.

The firm stated that this milestone marks another step in its journey to procure 100 percent of its electricity from renewable sources for its offices, warehouses and stores, and to drive a 30 percent reduction in supply chain carbon emissions by 2030. This work is linked to PVH’s science-based emissions target aligned with the most ambitious level of decarbonisation as set out by the Paris Agreement. It is also one of the priorities outlined in the company’s Forward Fashion corporate responsibility strategy, which aims to reduce negative impacts to zero, increase positive impacts to 100 percent and improve the over 1 million lives across the company’s value chain. 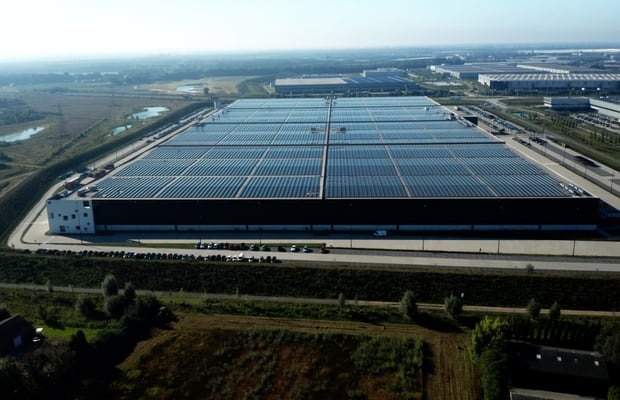 “This is an incredible milestone for our Warehouse and Logistics Center in Venlo and for PVH Europe’s sustainability journey,” said Martijn Hagman, CEO, Tommy Hilfiger Global and PVH Europe. “We have participated in the installation of what we believe is now the world’s most powerful, fully operational solar rooftop system – a huge stride in our commitment to be powered by 100 percent renewable electricity by 2030 and reduce supply chain emissions by 30 percent by 2030. This would not have been possible without a best-in-class team of such talented, passionate, and devoted PVH associates.”

The warehouse’s Very Good rating by BREEAM incorporates exemplary standards for energy, water, transport, materials, waste, pollution, ecology, health and well-being. This is reflected through energy-efficient lighting in 100 percent of the space, the use of 100 percent FSC (Forest Stewardship Council) certified packaging and 100 percent recycling of all cardboard, plastics and printed material.