The park spans across 13,000 acres spread over 5 villages and is a benchmark in the unique people’s participation in power model put on ground. 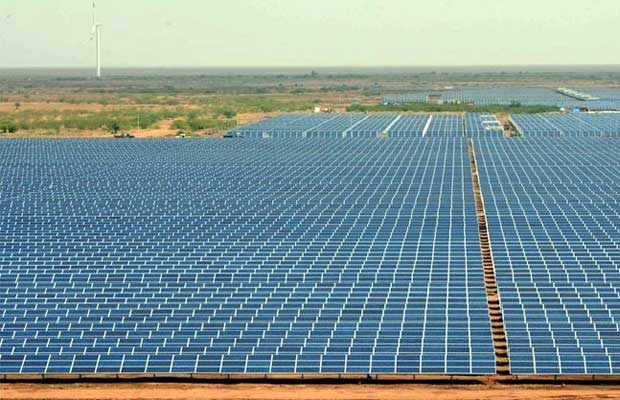 The world’s largest 2,000 MW solar park, named as ‘Shakti Sthala’, was set up with an investment of Rs 16,500 crore at Pavagada town in Tumakuru district of Karnataka.

According to the officials, the park spans across 13,000 acres spread over 5 villages and is a benchmark in the unique people’s participation in power model put on ground.

Moreover, the development of the park is anchored by the Karnataka Solar Power Development Corporation Ltd (KSPDCL), an entity formed in March 2015 as a joint venture (JV) between Karnataka Renewable Energy Development Ltd (KREDL) and Solar Energy Corp. of India (SECI).

This solar park was launched by the Chief Minister Siddaramaiah. While inaugurating the park, he said, the project has been executed within a record time of two years, with zero land acquisition.

The Minister further said that, the farmers who have leased out their land are reaping greater benefits with Rs 21,000 per acre being offered as rental, an amount which has the scope to grow by 5 per cent every 2 years. The beneficiaries of this project were 2,300 Pavagada farmers, he added.

“We have set the goal to source at least 20 per cent of people’s power requirements from renewable projects,” he added.

Commenting on the development, State Energy Minister, D K Shivakumar said, the park will create employment and act as an incentive for natives and farmers to explore new opportunities of socio-economic growth in the region.

“This ambitious project, spanning five villages, looks at farmers as the key partners, as also beneficiaries. Shakti Sthala is creating new job opportunities and economic growth leading to the prosperity of the people of Pavagada,” the Minister added.

The state has witnessed an overall increase in capacity to 2,3379 MW as on January 2018, he said.

Shivakumar said 600 MW solar power generation has been commissioned during December 2017 and balance capacity of 1400 MW will be available by December this year.