World to Get 50% Electricity from Wind and Solar by 2050, says BNEF Report

“We see $548 billion being invested in battery capacity by 2050, two thirds of that at the grid level and one third installed behind-the-meter by households and businesses,” said Seb Henbest, Head of Europe, Middle East and Africa for BNEF and lead author of NEO 2018. 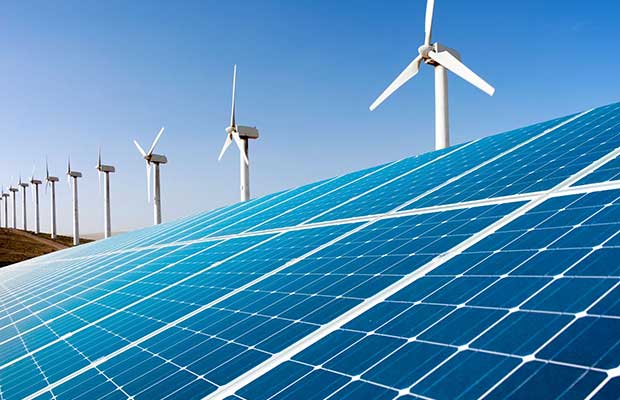 The world will generate half of the power generation from solar and wind by 2050 on account of precipitous reductions in cost, and the advent of cheaper and cheaper batteries that will enable electricity to be stored and discharged to meet shifts in demand and supply, according to the Bloomberg New Energy Finance (BNEF) report.

BNEF in its report ‘New Energy Outlook (NEO) 2018’ states, this year’s outlook is the first to highlight the huge impact that falling battery costs will have on the electricity mix over the coming decades. It predicts that lithium-ion battery prices, already down by nearly 80% per megawatt-hour since 2010, will continue to tumble as electric vehicle manufacturing builds up through the 2020s.

“We see $548 billion being invested in battery capacity by 2050, two thirds of that at the grid level and one third installed behind-the-meter by households and businesses,” said Seb Henbest, Head of Europe, Middle East and Africa for BNEF and lead author of NEO 2018.

Henbest further added that, “The arrival of cheap battery storage will mean that it becomes increasingly possible to finesse the delivery of electricity from wind and solar, so that these technologies can help meet demand even when the wind isn’t blowing and the sun isn’t shining. The result will be renewables eating up more and more of the existing market for coal, gas and nuclear.”

BNEF in its outlook sees $11.5 trillion being invested globally in new power generation capacity between 2018 and 2050, with $8.4 trillion of that going to wind and solar and a further $1.5 trillion to other zero-carbon technologies such as hydro and nuclear.

NEO 2018 further stated that, this investment will produce a 17-fold increase in solar photovoltaic capacity worldwide, and a six-fold increase in wind power capacity. The levelized cost of electricity, or LCOE, from new PV plants is forecast to fall a further 71% by 2050, while that for onshore wind drops by a further 58%. These two technologies have already seen LCOE reductions of 77% and 41% respectively between 2009 and 2018.

BNEF, Head of Energy Economics, Elena Giannakopoulou said, “Coal emerges as the biggest loser in the long run. Beaten on cost by wind and PV for bulk electricity generation, and batteries and gas for flexibility, the future electricity system will reorganize around cheap renewables – coal gets squeezed out.”