Why So Slow? JP Morgan Energy Paper Seeks To Answer The Question 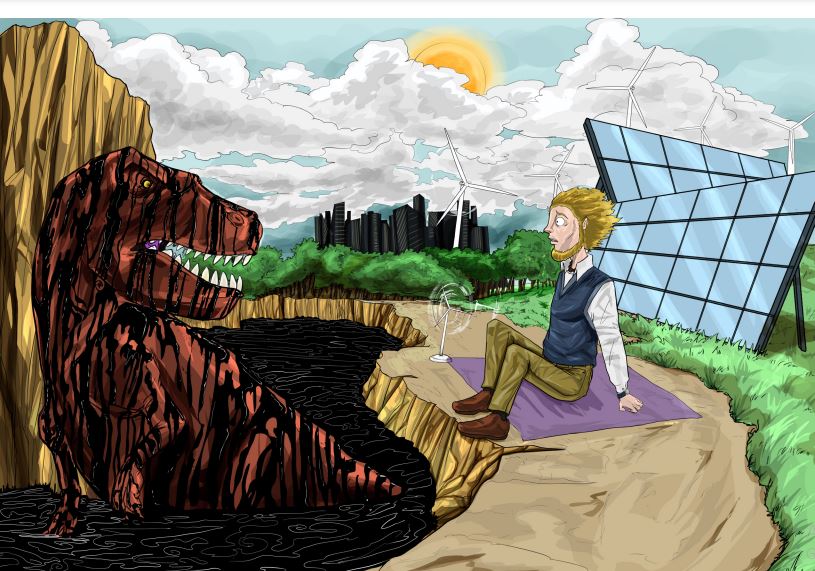 The asset and wealth management arm of JP Morgan Chase & Co. Has released its annual energy paper, “Eye on the Market,” which examines current trends on the ground every year as the fourth great energy transition unfolds.

The 11th edition of this paper zero’s in on one question: Why is the transition taking so long? The study argues that deep decarbonization plans assume massive changes in electric vehicles, electricity transmission grids, industrial energy use and carbon sequestration, but each faces headwinds often not accounted for by energy futurists. Many prior forecasts of the renewable transition were too ambitious since they ignored energy density, intermittency and the complex realities of incumbent energy systems.

So, how are contemporary renewable energy trends shaping a widely anticipated zero emissions future? The paper’s author, Michael Cembalest, who is also the Chairman of Market and Investment Strategy for J.P. Morgan Asset Management, gives the following insights:

Fossil fuel reliance for satisfying global energy needs is surely reducing as financial support for renewables is rising, partly because of a faster EV transition and “Big Oil” companies’ transformation into “Big Energy” companies. In 2021, renewables are for the first time expected to garner more capital spending than upstream oil & gas. This process is influenced by diverging costs of capital: 3%-5% for solar and wind, 10%-15% for natural gas and up to 20% for oil projects.

However, the International Energy Agency (IEA) still projects that 70%-75% of global primary energy consumption may be met via fossil fuels in the year 2040. Rapid wind and solar price declines aren’t translating into faster decarbonization because RE is still mostly used to generate electricity, and electricity as a share of final energy consumption on a global basis is still just 18%. Wind/solar capacity is growing and gains in renewable electricity generation are impressive, but in primary energy terms, where fossil fuels still dominate, they are much smaller.

The US is still highly reliant on fossil fuels which account for 80% of primary energy. Renewable electricity is the lowest of the 3 regions at 18%, although nuclear adds significant carbon-free electricity.

Europe is further along than the US and China on renewable/nuclear penetration on the grid and on reducing fossil fuels as a share of primary energy. Even so, electrification of Europe’s transport sector was still just 1% at the end of 2019, and its industrial sector is still heavily reliant on fossil fuels.

Electrifying the Industrial Sector to Increase RE Reliance

The industrial sector is the largest fossil fuel end-user on a global basis. Some industrial processes could be electrified to eventually use more renewable energy as the grid is decarbonized. Possibilities include some primary metals, secondary steel, machinery, wood products, plastics and rubber. The commonality between these options is that most use fossil fuels primarily for “process heat” which could be replaced by electric heat. High electrification potential is also expected in certain mining activities related to transport, excavation, pit crushing and belt conveying systems.

For many years, China had an effective monopoly on the production of rare earth elements (REE) used to make rechargeable batteries, wind turbines and energy efficient light bulbs (and F-35 fighter jets and nuclear subs). While rest-of-world REE production has been rising, China still produces most of the “heavy” REEs that are scarcer; the light REEs are much more abundant. Almost 90% of China’s REE exports go to 5 countries: Japan, US, Netherlands, South Korea and Italy. Demand for rare earth metals is expected to double by 2030 as renewable energy demands increase. While the value of global REE imports in 2019 was small ($1 billion compared to $1+ trillion in global oil imports), they are critical to a variety of renewable supply chains.

“Electrification of everything” can improve air and water quality in countries with substantial rural combustion of fossil fuels, and provides a means to eventually use greener power on the grid. However, electrification before grid decarbonization can improve some environmental issues while at the same time making others worse.

US Renewable natural gas (RNG) volumes are 200-300 mm gallons per year. According to S&P Global Platts, potential from US landfills is 2.9 billion gasoline gallon equivalents (GGE) per year, while National Renewable Energy Laboratory (NREL) estimates potential at 4.8 billion GGE per year from landfills, agricultural waste, wastewater and other organic waste. In 2019, 142 billion gallons of gasoline were consumed in the US. So, even if RNG from all landfills and other sites were channeled into central processing facilities, RNG could offset ~2.5% of annual US gasoline demand.

Similar percentages apply to renewable diesel made from animal fats, waste and used cooking oils on a global scale. Germany has been converting waste to energy as well using biogas from crops, waste and landfills to generate electricity. This is not cheap, nearly 20 cents/kWh compared to 9 cents/kWh for onshore German wind.

Renewable energy solutions that contribute 1%-3% of a given fuel supply after a decade or more of investment at high cost entail carbon reductions that could much more readily be achieved by retiring old, less energy- efficient equipment, pricing kilometers flown or driven closer to their true all-in cost, investing in lighter vehicle materials and most of all, putting curb weight limits on sport utility vehicles as their adoption spreads globally.