The state government was conducting a survey to develop a wind power generation plant in Sagar Island, the chief minister said in her tweet. 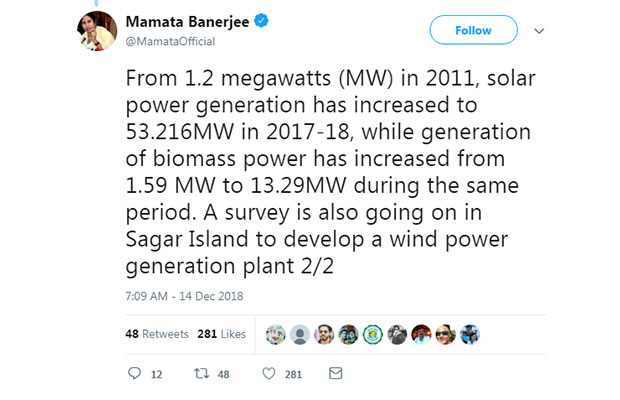 West Bengal Chief Minister Mamata Banerjee has said that the state has made a rapid progress in increasing energy generation from non-conventional sources.

The state government was conducting a survey to develop a wind power generation plant in Sagar Island, the chief minister said in her tweet.

“A survey is also going on in Sagar Island to develop a wind power generation plant,” she added.

Recently, the state government announced the decision to set up a 10 MW solar plant in Raniganj, the move is aimed at promoting the use of solar energy.