Vikram Solar, a leading domestic manufacturer and EPC player in the solar space, has become one of the biggest players to acknowledge, and share the pain of the slowdown in the renewable energy sector.

Reacting to news stories carried in local Bengali newspapers, the company has finally released a statement acknowledging the challenges it is facing, even while disputing the extent of the same. Interestingly, the firm had just recently announced the appointment of Saibaba Vutukuri as its new CEO. For Vutukuri, the tough environment at his new assignment must have felt like deja vu, considering the many challenges the wind energy sector was also facing at the time of his leaving Inox Wind, his previous employer. 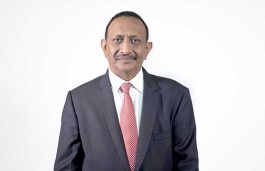 The company’s statement reads “The domestic solar manufacturing industry has long been advocating for a level playing field. However, a slowing economy, inconsistent policy implementations, unfavorable trade policies, and liquidity crises have impacted the sector severely in the past few months. Moreover, recent global events have also impacted supply chains.

Consequently, Vikram Solar is making production adjustments in response to market conditions. Unfortunately, this scenario has resulted in a number of difficult but necessary organizational changes. Vikram Solar has extended Early Separation Scheme to 320 employees from one of the production workforce based at Falta, West Bengal. The second facility is functioning normally.

We sincerely regret the impact this decision may have on our employees and their families. We appreciate the many contributions these employees have made to Vikram Solar and are committed to extending support and treating all employees with respect and dignity as they transition to new opportunities outside the Company.

Our delivery and service commitments stand tall and we will do everything it takes to meet these commitments. Our teams are working round the clock to ensure that we address any challenges to emerge as a stronger company.

Vikram Solar’s focus remains its utmost respect for its employees and long-term health of the company, with customers in mind.”

The move, as usual will still manege to shock a few people in the sector, even as most industry insiders, especially smaller firms and big developers alike, have been raising the spectre of layoffs for a while.

The firm has built a solid reputation over the years as a bankable domestic manufacturer, which has, in recent years, built a significant EPC portfolio too. Being based out of Bengal, while achieving all this, is all the more creditable considering the well reported challenges of operating in that state.

The troubles at the experienced firm should serve as a stark reminder to the government and policy makers that the continuous uncertainty, and policy tweaks have not achieved their purpose, and a perfectly solid opportunity for the country in the renewable energy space is being strangled as we write this.