Vestas has appointed Purvin Patel as Regional President of Asia Pacific, taking over from Clive Turton. 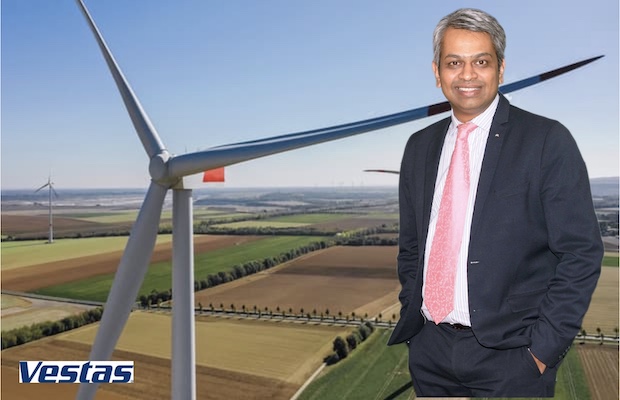 To strengthen Vestas’ presence and market position in strategic and fast-growing markets in Asia Pacific and drive operational alignment across the value chain, Vestas has appointed Purvin Patel as Regional President of Asia Pacific. Patel joins Vestas from a position as CEO of ISS UK & Ireland, bringing more than 25 years of commercial and operational leadership experience from this role, as well as previous leadership positions at Walmart, Kingfisher Group (UK) and RadhaKrishna Foodland. Patel succeeds Clive Turton, who will leave the company after heading Vestas Asia Pacific since 2017.

Vestas President and Chief Executive Officer, Henrik Andersen, said “Asia Pacific is a very exciting region from an energy perspective, because countries like India, Japan, Vietnam, Korea and Australia are either expanding or transforming their energy systems with renewables. Vestas has a strong footprint across regions, including large manufacturing facilities in India, and I am therefore delighted to welcome Purvin Patel to the team as he brings substantial commercial and operational experience that will be key to grow our presence in India and the rest of Asia Pacific.”

“I’m delighted to welcome Purvin Patel on board to lead Vestas Asia Pacific as renewables continue to expand their reach in a region with growing electricity needs. Wind and renewable energy have become mainstream, and Purvin’s solid operational background will be a strong asset as we broaden our presence in the region’s existing fast-growing markets and leverage our joint venture in Japan. I’d also like to thank Clive Turton for his contributions to Vestas throughout the last four years and wish him the best of luck in his future endeavours,” said Juan Araluce, Executive Vice President and Chief Sales Officer.

The demand for renewable energy is expected to grow significantly across the Asia Pacific region in the coming decade, including in key markets such as India, Japan, Vietnam, Korea and Australia. Vestas will continue to invest in offering the right solutions for our customers and expand our footprint in the region to meet this demand. Patel will play a key role in this process with his strong commercial and operational competencies, driving a stronger and more consolidated regional setup in Asia Pacific.

During his time at ISS, Patel also served as Country Manager & Chief Executive Officer of ISS Facility Services India, which employs approximately 60,000 employees, and has been responsible for driving key strategic and transformation projects at board level.