UP Govt Clears Proposal for Operation of 700 Electric Buses 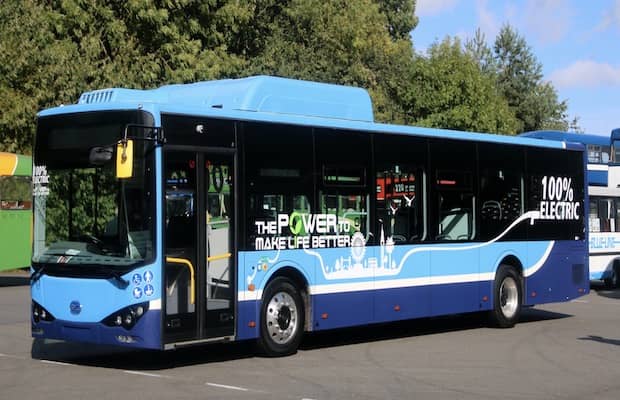 The Uttar Pradesh Government has cleared a proposal for the operation of electric buses as part of the public transport system in 14 cities across the state. UP Cabinet Minister Sidharth Nath Singh told reporters that the electric buses will be inducted to boost sustainable means of transport.

“PMI Electro Mobility Solutions Private Limited Consortium was chosen in the tender process. In UP, 700 such electric buses will be operated. One bus will cost Rs 1.25 crore. The Centre under Phase-II of FAME will give Rs 45 lakh per bus,” the minister said. Adding that Rs 250 crore will be incurred in the operation of these buses of which Rs 120 crore will be realised through the sale of tickets.

In October, the Delhi Transport Corporation (DTC) had floated a tender, inviting bids from eligible bidders for the selection of bus operators for the procurement and operation of 300 air-conditioned electric buses on PPP (BOOT) basis under the FAME-II Scheme. As per the tender documents, the selected supplier and operator will also have to develop the charging infrastructure, including electric transformers, connections, and allied civil infrastructure at the depots under the OPEX model.

The scope of the tender under the procurement of the 250 electric buses will include the design, manufacturing, and supply of 250 fully electric AC buses. The tender for Jabalpur has added the scope of manufacturing of the prototype buses and its approval from NVVN and state transport undertaking.