“I really want to go around the world and speak about the success story (of CIAL),” the Executive Director of the UN Environment Programme said. 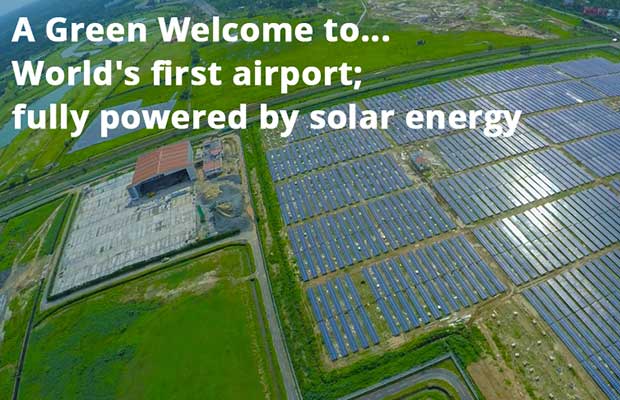 “We are very happy to do it,” he said when asked whether UNEP was ready to recognise CIAL as the world’s first solar powered airport.

“I really want to go around the world and speak about the success story (of CIAL),” the Executive Director of the UN Environment Programme said.

“If an airport in Kerala can run on solar power, why can’t we do that in terminals in other countries?” he asked.

Solheim hailed the airport, through which more than 10 million people travel each year, for making considerable monetary savings through its solar power plants.

The power plant is accompanied by a solar farm, with vegetables grown below and between solar panels.

He further said that, the price of solar energy was cheaper, much better for the environment and for mother earth.

The top UN official said the modalities of recognising the achievement of the airport has to be worked out and he would discuss it with airport Managing Director V J Kurien.

He suggested that a placard be kept at the airport showing the UNEP’s endorsement of CIAL as the world’s first solar-powered airport.