The financial aide to Trina Solar will be used to further put on fast track Company’s growth at manufacturing plant in Bac Giang Province of Vietnam. 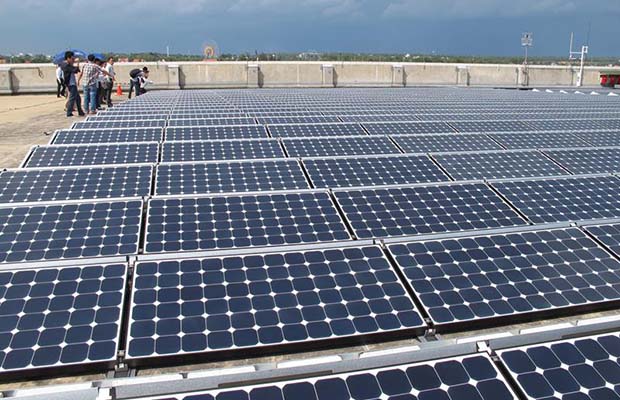 Chinese solar manufacturer, Trina Solar has bagged a funding of USD 30 million from Vietin Bank which would be used to further put on fast track Company’s growth at manufacturing plant in Bac Giang Province of Vietnam.

Deputy General Manager and Executive Director, Head Office, VietinBank, Tran Minh Binh said, “We have witnessed its plant’s entire development journey from starting construction to going into mass production in Bac Giang. We at both the head office and the Bac Giangbranch are confident in the partnership with Trina Solar, which is renowned for its operational efficiency and brand excellence. With the favorable new energy policies enacted by Vietnamese government, we have reasons to believe that Trina Solar will be a great success in Vietnam.”

Treasury Director, Trina Solar, Tian Hong added, “Trina Solar will continue to increase its investment in Vietnam and extend the partnership with VietinBank to include investment in local downstream power stations and engineering, procurement and construction (EPC) services.”

Moreover, the company is an optimized combination of its industry-leading solar modules, state-of-the-art solar tracker systems, and world-class inverters.

In 2016 and 2017, the solar power stations owned by it in China contributed an additional 1.1 billion kWh of clean solar power to the world, reducing CO2 emissions by approximately 900,000 tons.