A team of scientists has successfully designed transparent solar cells which they believe could take us towards a new era of personalised energy.

A team of scientists has successfully designed transparent solar cells using thin silicon films, with efficient power generation, which they believe could take us towards a new era of personalised energy.

Solar power has shown immense potential as a futuristic, “clean” source of energy. No wonder environmentalists worldwide have been looking for ways to advance the current solar cell technology. Now, a team of researchers from the Incheon National University, Republic of Korea, has put forth an innovative design for the development of a high-power transparent solar cell. 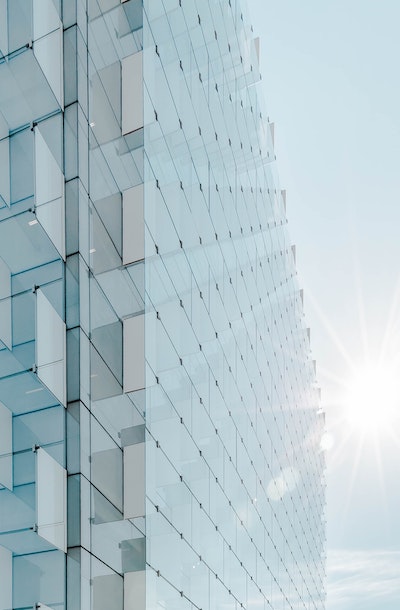 “This innovation brings us closer to realising our goal of a sustainable green future with off-the-grid living,” the team believes.

Today, the imminent climate change crisis demands a shift from conventionally used fossil fuels to efficient sources of green energy. This has led to researchers looking into the concept of “personalized energy,” which would make on-site energy generation possible. For example, solar cells could possibly be integrated into windows, vehicles, cellphone screens, and other everyday products. But for this, it is important for the solar panels to be handy and transparent. To this end, scientists have recently developed “transparent photovoltaic” (TPV) devices—transparent versions of the traditional solar cell. Unlike the conventionally dark, opaque solar cells (which absorb visible light), TPVs make use of the “invisible” light that falls in the ultraviolet (UV) range.

Conventional solar cells can be either “wet type” (solution based) or “dry type” (made up of metal-oxide semiconductors). Of these, dry-type solar cells have a slight edge over the wet- type ones: they are more reliable, eco-friendly, and cost-effective. Moreover, metal-oxides are well-suited to make use of the UV light. Despite all this, however, the potential of metal-oxide TPVs has not been fully explored until now.

To this end, the team came up with an innovative design for a metal-oxide-based TPV device. They inserted an ultra-thin layer of silicon (Si) between two transparent metal-oxide semiconductors with the goal of developing an efficient TPV device. These findings were published in a study in Nano Energy, which was made available online on August 10, 2020 (ahead of the scheduled final publication in the December 2020 issue).

Prof Joondong Kim, who led the study, explains, “Our aim was to devise a high-power-producing transparent solar cell, by embedding an ultra-thin film of amorphous Si between zinc oxide and nickel oxide.”

This novel design consisting of the Si film had three major advantages. First, it allowed for the utilization of longer-wavelength light (as opposed to bare TPVs). Second, it resulted in an efficient photon collection. Third, it allowed for the faster transport of charged particles to the electrodes. Moreover, the design can potentially generate electricity even under low-light situations (for instance, on cloudy or rainy days). The scientists further confirmed the power-generating ability of the device by using it to operate the DC motor of a fan.

Based on these findings, the research team is optimistic that the real-life applicability of this new TPV design will soon be possible. As for potential applications, there are plenty, as Prof Kim explains, “We hope to extend the use of our TPV design to all kinds of material, right from glass buildings to mobile devices like electric vehicles, smartphones, and sensors.”

Not just this, the team is excited to take their design to the next level, by using innovative materials such as 2D semiconductors, nanocrystals of metal-oxides, and sulfide semiconductors. As Prof Kim concludes, “Our research is essential for a sustainable green future—especially to connect the clean energy system with no or minimal carbon footprint.”