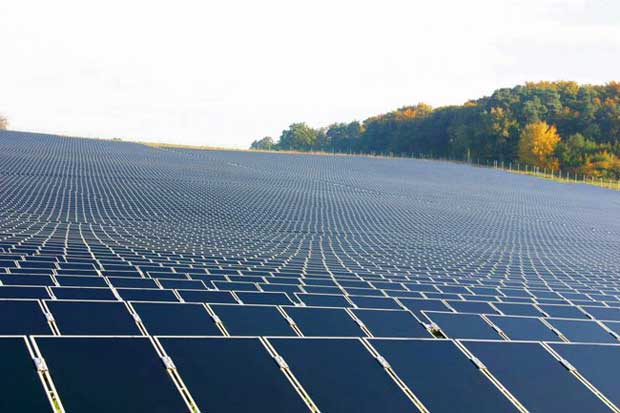 The Tamil Nadu Electricity Regulatory Commission (TNERC) has issued a consultative paper discussing the approach on procurement of solar power by the Distribution Licensees (Discoms) and on related issues of open access.

According to the report, the total capacity of renewable power in the State is 14144.35 MW of which solar power constitutes 3972 MW. And under the center’s push for 100 GW solar capacity by 2022, the targeted capacity for Tamil Nadu is 8971 MW.

The report further added that preferential tariffs played a major role in promoting solar power in the initial stage. Citing that over the last few years, there has been a shift from the feed-in tariff regime to tariff-based competitive bidding and reverse auctions. The price per unit of solar power which was around Rs 4 fell to Rs 2.97 per unit in February 2017 in the bidding conducted for the Rewa Solar power plant in Madhya Pradesh. And fell further to Rs 2.44 per unit in the auction held for the Bhadla Solar Park in Rajasthan in May 2017. Since then, the tariffs obtained through competitive bidding and reverse auctions have hovered around Rs.3 per unit.

The state commission after examining results from its application in other states, has proposed that procurement of solar power by the Discoms be done through the competitive bidding route under section 63 of the Electricity Act 2003. Following the bidding guidelines issued by the Central Government or procure power from the projects contracted through competitive bidding process by SECI to comply with their RPO requirement.

In separate provisions the state commission has also proposed that:

Transmission, wheeling, and scheduling & system operation charges are generally regulated by the Commission’s tariff and open access regulations. The Commission has thus proposed to levy 100 percent of the charges applicable for conventional power in each of the charges.

In the proposed tariff order, the Commission has proposed to levy 100 percent of cross-subsidy surcharge applicable to conventional power.

The wheeling of energy for solar power will be permitted only during the generation of electricity and will be adjusted slot/block to slot/block for the billing period. Excess consumption will be charged at the tariff applicable to the consumer subject to the terms and conditions of supply.

The solar capacity contracted by open access consumers including captive shall be such that there is no excess generation over the annual consumption. Any generation in excess of 10 percent of annual consumption in a financial year will not be considered for payment of unutilised energy.

This Order shall come into force from April 1, 2020. The commission has invited comments/ suggestions on the proposals made in the paper from industry stakeholders until March 13, 2020.