The company will supply it’s 100 solar central inverters for the 250 MW phase of a prestigious 750-MWac Rewa Ultra-Mega Solar Park in Central India.

TMEIC Industrial Systems India (TMEIC India), Indian arm of TMEIC Japan, has inked a pact with a leading EPC company in India for the supply & commissioning of its 2.55 MW solar central inverters of type PVH-L2550E.

The company will supply it’s 100 solar central inverters for the 250 MW phase of a prestigious 750-MWac Rewa Ultra-Mega Solar Park in Central India.

The Rewa Ultra-Mega Solar Park is a step towards the Central Government’s goal in achieving 40 percent clean power by 2030.

After completion, this 750 MW solar power plant would be one of the largest single site solar power projects across the globe. 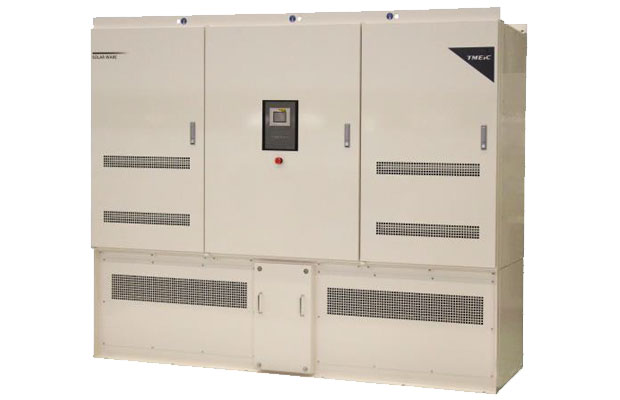 Further, this is a project funded by the World Bank under its “Clean Technology Fund”.

Commenting on the development, TMEIC’s Renewable Energy Business in India, Head, Syed Abbas said, “With more than 3GW of installations in service, TMEIC technology is well established as the most economical, in terms of both CAPEX and OPEX. TMEIC leads the market not just in bankability, but also as the driver behind the lowest LCOE for its solutions.”