Thyssenkrupp Partners With Amplus for Solar Plant at Pune Site

thyssenkrupp Elevator has collaborated with Amplus Solar to set up an onsite solar power unit worth a combined 820 kWp at their Pune facility. 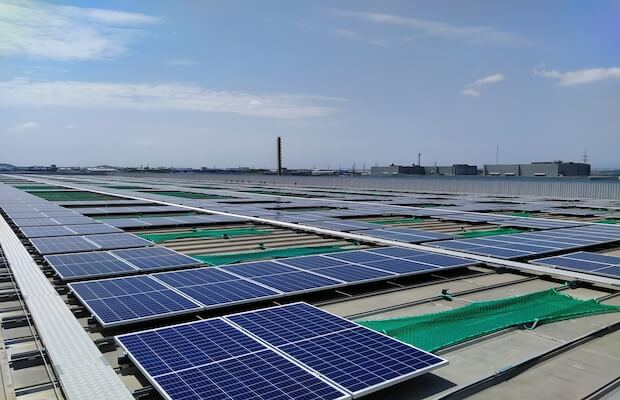 The Gurugram-headquartered Amplus recently commissioned the 820 kWp solar power plant at the facility – which includes 755 kWp of rooftop solar and a 65 kWp carport. The carport is unique in its construction, made up entirely of low weight, high strength Aluminium and has a premium design to match the aesthetic requirements of thyssenkrupp Elevator.

Through this initiative, thyssenkrupp Elevator (India) will generate 1,067 MWh of green energy in a year, equivalent to reducing 774 MT of carbon emissions annually.

“This initiative reaffirms our commitment to energy and environmental conservation said Manish Mehan, CEO and MD for thyssenkrupp Elevator (India). Talking about the experience of working with Amplus, on their solar plant, Mehan stated that the entire team of Amplus has been very proficient and organised at their work. They did a commendable job within the stipulated time. We wish them all the best for their future endeavours.”

The solar plant was inaugurated at thyssenkrupp Elevator’s multi-purpose facility at Chakan, Pune on September 1, 2020. The project execution was especially challenging given the prevailing COVID-19 situation and restrictions, especially in Maharashtra.

“We are happy to be part of thyssenkrupp’s green journey in India. Their decision to partner with Amplus reinforces our position as the best suited low carbon solutions provider for industrial customers,” said Sanjeev Aggarwal, CEO and MD, Amplus Solar.

Amplus is a member of Petroliam Nasional Berhad (PETRONAS) group, Malaysia and is headquartered in Singapore, with its regional offices in Gurugram, Bangalore, Bangkok, Dubai, Kuala Lumpur, Mumbai and Pune. Today, Amplus owns and manages a cumulative portfolio of 800+ MWp of distributed solar assets across Asia.