Home » News » The US Doubles Down On Energy Storage Capacity

The US Doubles Down On Energy Storage Capacity

Some market forecasts for US indicate that the country’s installed energy storage capacity will reach about 4 GW by end-2021 and further to 7 GW in 2025, thereby facilitating the US Energy Storage Associations targets for 2030. Major industry players, including Strata Clean Energy, Kore Power and even Indian firms like Reliance Industries are starting to see the potential in the US energy storage market.

The market for energy storage in US is making big strides, driven by the record growth in the past year even though Covid pandemic upset the momentum of various other industries across the world. Renewable storage market has rather been holding up the country’s economic prospects.

Over the year 2020, 1,464 MW/3,487 MWh of new storage was added in the US, which is about 180% more than that added in 2019 in MW terms (at 523 MW), as per a report by Wood Mackenzie and Energy Storage Association (ESA). While as per IEA, globally, 5 GW of storage capacity were added in 2020, led by China and the United States, each registering gigawatt-scale additions. Utility-scale installations continued to dominate the market, accounting for around two-thirds of total added capacity, says the report.

The vast majority of the world’s batteries are currently produced in Asia. Industry estimates from S&P Global Market Intelligence says that China specifically produced more than 70% of the world’s lithium-ion batteries last year and will continue to dominate in the coming years. However, with the domestic demand in US for battery storage soaring up, the scenario is starting to change for the US. In terms of solar storage space, batteries are essential because the generation and its utilisation does not happen at the same time. Energy gathered during the day, needs to be stored until people use it. 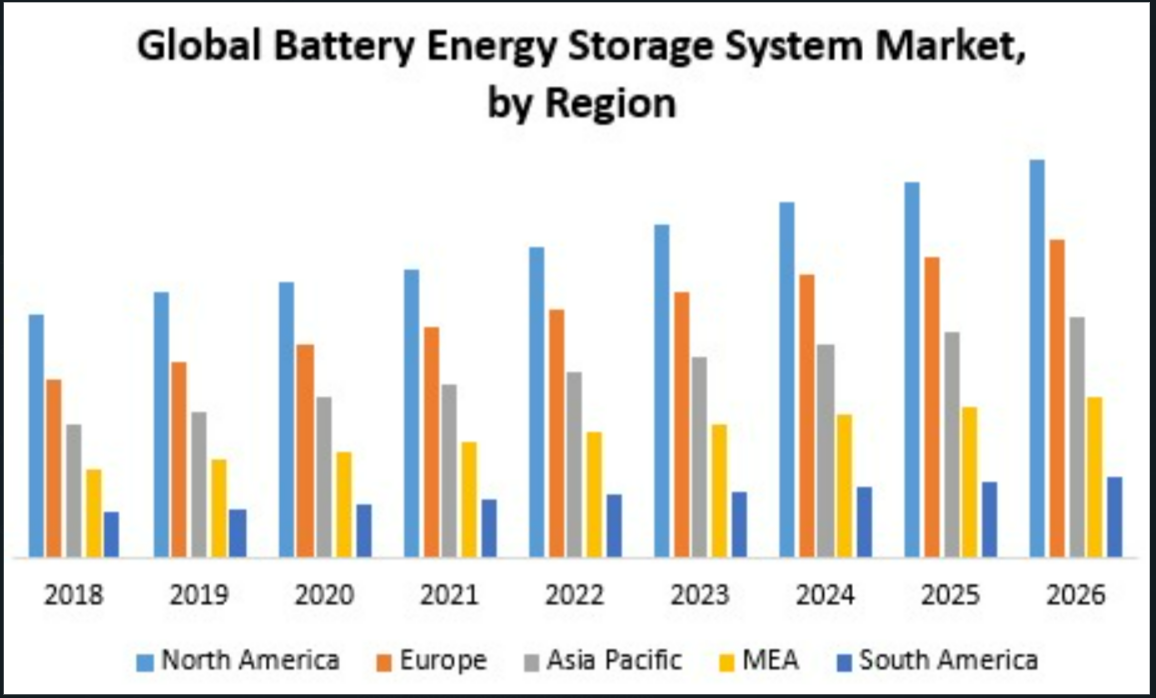 Most recently, US firm Strata Clean Energy had announced plans of working on developing a $450 million battery storage project to augment the APS grid by 2024. The Strata Clean’s project is expected to produce 400 megawatt / 1,600 megawatt hours of battery storage, which industry experts say is just about enough energy to power 350,000 and 400,000 homes for an hour, depending on demand. The announcement from Strata comes as KORE Power and other U.S. battery makers work towards building production capacity to compete with China’s dominance in the solar industry.

US market watchers insist that KORE Power is hoping to make Arizona a new battery hotspot. KORE is developing a 1 million-square-foot, 12 gigawatt-hour output factory — dubbed the KOREPlex —in Buckeye that is expected to break ground in the first half of next year and start production by the end of 2023.

The higher volumes have been riding on a fall in prices as well as strong policy support both at the Federal and state level in U.S. The U.S federal government has kept up with its efforts at putting funds to support research, development and demonstration (RDD), as well as building domestic manufacturing capacity for energy storage systems (ESS) in the country to meet the market demand by 2030.

The US companies are not alone in the new focus on storage. In August’21, India’s Reliance Industries Ltd also committed to making investments of $144 million in US energy storage company Ambri Inc, along with billionaire Bill Gates, investment management firm Paulson & Co and others. The market is expected to further accelerate exponentially with a strong pipeline of large-scale, under-development projects as well as new project announcements. For the US, some market forecasts indicate that the country’s installed energy storage capacity will reach about 4 GW by end-2021 and further to 7 GW in 2025. 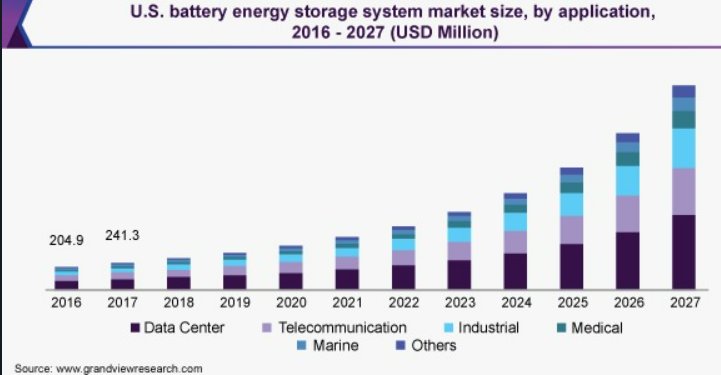 The IEA had earlier in its report said that in the U.S, capacity additions from utility-scale projects more than quadrupled in 2020, led by two large projects in California. In December 2020, Congress approved a USD 900 billion Covid-19 relief bill that included a two-year extension of the solar investment tax credit (benefiting storage deployments tied to solar) as well as the Better Energy Storage Technology Act, authorising over USD 1 billion over five years to support the research and commercialisation of a range of storage technologies.

Battery, one of the segments analyzed in the report, is projected to grow at a 27.8% CAGR to reach US$11.8 Billion by the end of the analysis period. After a thorough analysis of the business implications of the pandemic and its induced economic crisis, growth in the Other Elements segment is readjusted to a revised 22.3% CAGR for the next 7-year period. This segment currently accounts for a 33.6% share of the global Battery Energy Storage Systems market.

Another market analysis by Grand View Research says that the U.S. battery energy storage system market size was valued at USD 336.6 million in 2019 and is expected to grow at a compound annual growth rate (CAGR) of 23.9% from 2020 to 2027.

The positive growth expected for the sector, was also clearly reflected in the words of Department of Energy’s (DOE) spokesperson who had stated last year that energy storage will be the ‘next great chapter in a story of American energy innovation’.