Home » News » The Case for Mini Grids Stronger Than Ever, Says Global Report

The Case for Mini Grids Stronger Than Ever, Says Global Report 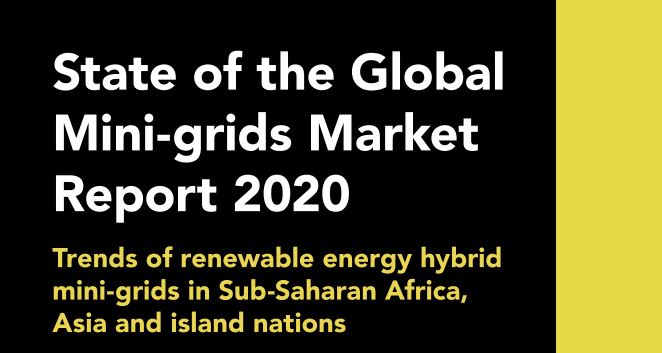 A new report launched yesterday (July 1), State of The Global Mini-Grids Market Report 2020 has delved deeply into the present, potential, and obstacles to further growth of mini-grids around the world. For its research and conclusions, the report focused on mini-grids in Sub-Saharan Africa, Asia, and small island nations. Created for the Mini Grids Partnership, the report offers some solid working ideas, case studies, insights and actionable points for policy makers. For this study  7,181 mini-grid projects in Sub-Saharan Africa, Asia and small island nations with some in Latin America, were identified as of March 2020. As many as 5,544 mini-grids were operational, of which 63 per cent were solar or solar hybrid systems.

Teams from BloombergNEF (BNEF) and Sustainable Energy for All (SEforALL) worked on the report, besides multiple experts.

A key outcome of the report is the dominance of solar, in the present mini-grids around the world, and going forward. Cost of modules and lithium-ion batteries have fallen by 86 per cent and 85 per cent, respectively, between 2010 and 2018, as per the report. That makes the future overwhelmingly solar powered for mini-grids, along with an opportunity to move away from lead acid batteries to the more efficient lithium ion option. The mini-grid market has grown from 60 solar/solar hybrid projects installed globally in 2010 to 2,099 at the end of February 2020 in the regions surveyed in this research. At Saurenergy,  we had also done a feature on mini-grids in India, almost a year back.

The issues preventing a more secular growth of mini-grids, which have so far depended mainly on grants from governments, donor agencies, foundations (CSR) funding and others. Efforts to push for RBF (Results based financing) have led to 14 funders approving a total of USD 2.07 billion by March 2020, of which only 13 percent had been disbursed. This is due to multiple factors.

From lack of  scale, developers  small size limited track record,  policy (lack of central PPA’s for one, licensing complexities etc), and risks from the main grid ( in terms of lower priced energy or even subsidised energy) have been cited as key roadblocks.

But things are changing, the report shows. As the solar hybrid mini-grid market has evolved, large and international corporates have started joining the sector, either by  acquiring companies that offer battery storage systems, uninterrupted power supply (UPS) and control software technologies, or by  partnering with developers or investing in them. Examples include major utilities and oil companies such as EDF, Enel, ENGIE, Iberdrola, Shell and Tokyo Electric. Japanese trading houses such as Mitsui and Sumitomo have also invested in mini-grid developers. Their market participation has partly driven by a desire to contribute to the Sustainable Development Goals (SDGs) adopted by World Leaders at the UN General Assembly in 2015.

In terms of potential, the report states that  238 million households will need to gain electricity access in Sub-Saharan Africa, Asia and island nations by 2030 to achieve universal electricity access. Mini-grids can serve almost half of this total – an estimated 111 million households. This will require capital investment of USD 128 billion, 78 percent higher than the estimated capital investment in a business-as-usual scenario.

The authors single out two methods that seem to be working well. An upfront capex subsidy and results-based financing (RBF). The former is a capex payment disbursed before a mini-grid is installed. The latter pays specified sums on projects only once there
is clear verification of a functional electricity connection. This gives the public sector greater control and certainty as it only pays for results.

The full report has case studies, including from Bihar, in India’s case. A must read for anyone with  a stake in the sector, or in the business of energy access for all.