Tata Power Takes Over Operations of WESCO & SOUTHCO in Odisha

Tata Power has taken over the management and operations of WESCO and SOUTHCO upon completion of the sale process. 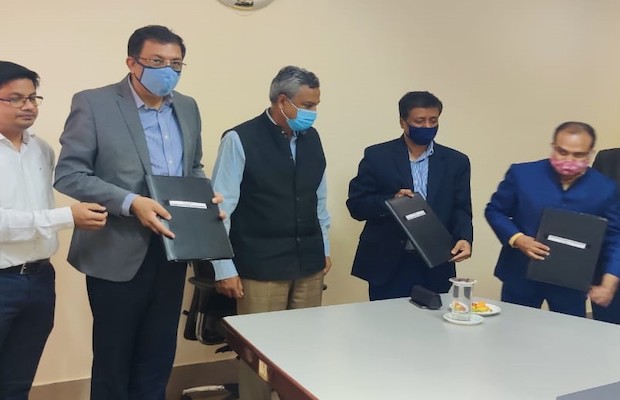 Tata Power has announced that it has taken over the management and operations of WESCO and SOUTHCO upon completion of the sale process. Now, WESCO and SOUTHCO will operate under the company name as TP Western Odisha Distribution Limited (TPWODL) and TP Southern Odisha Distribution Limited (TPSODL) respectively. As per an order issued by the Odisha Electricity Regulatory Commission (OERC), Tata Power now holds 51 percent of the equity with management control and the state-owned GRIDCO will hold the remaining 49 percent equity stake in the company.

TPWODL will now be responsible for the distribution and retail supply of electricity in five circles of WESCO covering 2 million consumers with annual input energy of 7520 MUs in areas of Rourkela, Burla, Bhawanipatna, Bolangir, Bargargh, while TPSODL will be responsible for the distribution covering 2.3 million consumers with an average energy input of 3470 MUs and retail supply of electricity in six circles of SOUTHCO in areas of Ganjam City, Berhampur, Aksa, Bhanjannagar, Jeypore and Rayagada.

With this takeover, the company’s distribution circles will expand to the western (TPWODL) and southern part (TPSODL) of Odisha with geographical spread of more than 47,000 sq km each. It will manage a network of more than 100,000 CKT. KMs. each for a license period of 25 years.

With the inclusion of two additional distribution utilities, Tata Power expands its consumer base to 9.5 million from the present base of 5.2 million across Mumbai, New Delhi, Central part of Odisha and Ajmer.

Praveer Sinha, CEO & MD, Tata Power said, “It is a proud moment for us as we have ushered in the new year by commencing operations in WESCO and SOUTHCO in the State of Odisha. We are committed to providing reliable, affordable and quality power supply along with superior customer service. We are thankful to the Odisha Government and OERC for giving us this opportunity and reaffirm Tata Power’s commitment to ‘Lighting up Lives’ for the people of Odisha.”

In December 2020, the firm had received a Letter of Intent (LOI) from the Odisha Electricity Regulatory Commission (OERC) for the distribution and retail supply of electricity in the state via WESCO and SOUTHCO.

In December 2019, the firm had first announced its successful entry into the state of Odisha when it won the bid to acquire a major shareholding of 51 percent in the Central Electricity Supply Utility (CESU) of Odisha.