Sweden is a global leader in building a low-carbon economy, with the lowest share of fossil fuels in its primary energy supply among all IEA member countries, and the second-lowest carbon-intensive economy. 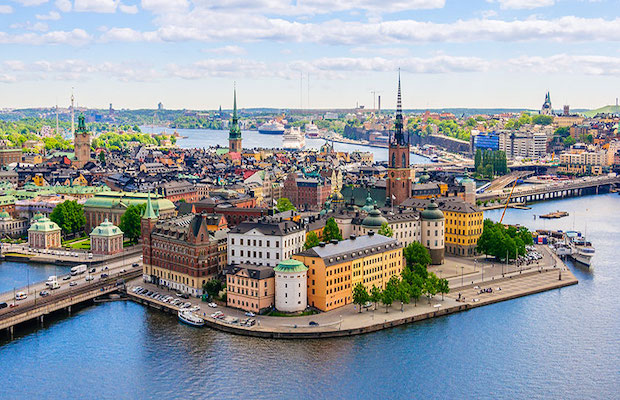 Sweden has been successful in its energy transformation through market-based policies that focus on energy efficiency and renewable energy, notably CO2 taxation, which has helped drive decarbonisation across several sectors.

Sweden’s energy policy is also well-integrated with its climate objectives, according to the latest review of the country’s energy policies conducted by the International Energy Agency. In the 2016 Energy Agreement and the Climate Framework from 2017, Sweden set ambitious targets, including the long-term goal of zero net emissions by 2045. But additional action is needed to achieve these results, as the country’s total carbon emissions have been flat since 2013.

“Sweden has shown that ambitious energy transition policies can accompany strong economic growth,” said Paul Simons, the IEA’s Deputy Executive Director. “With the Energy Agreement now in place, the time has come to implement a clear roadmap towards the long term target of carbon neutrality.”

The report pays special attention to transport-related emissions. This sector accounts for less than a quarter of Sweden’s final energy consumption, but over half of its energy-related CO2emissions. Sweden has set a target to reduce transport emissions by 70% between 2010 and 2030.

The government has also introduced several new policies including a bonus/penalty system to support new low‑emission vehicles and measures to increase the use of biofuels. However, Sweden is not yet on a trajectory towards its 2030 target, and the IEA recommends that the government closely monitors developments,  and strengthens policy measures as needed.

The electricity system is another important element in Sweden’s energy transition. Sweden has largely decarbonised its electricity generation through investments in nuclear power, hydropower, and most recently, other renewables. This is an important achievement that needs to be sustained. Sweden has not taken a formal position against the construction of new nuclear plants and most existing nuclear power plants are expected to run for the next several decades before being phased out. That said, there is little interest to invest in new reactors in the current market.  Meanwhile, Sweden has set an ambitious target of achieving 100% renewable electricity generation by 2040. The IEA recommends the government carefully assess how to reach that target and what the implications will be for grid stability and security of supply.

One key factor for maintaining a secure electricity supply is the regional power market. Sweden is well‑connected with its Nordic and Baltic neighbours and has become a large net exporter of electricity. As the share of wind power continues to increase, supported by green electricity certificates, regional trade becomes even more important.

The Swedish success comes at a time when the largest European economy, Germany has fallen well behind, and in fact, is being pressured by its industry to go even slower.