Sungrow to Expand Footprints via 3 GW Prod Unit in India; First Outside China

The move has come as the company aimed to strengthen its global delivery capability by establishing a new factory. 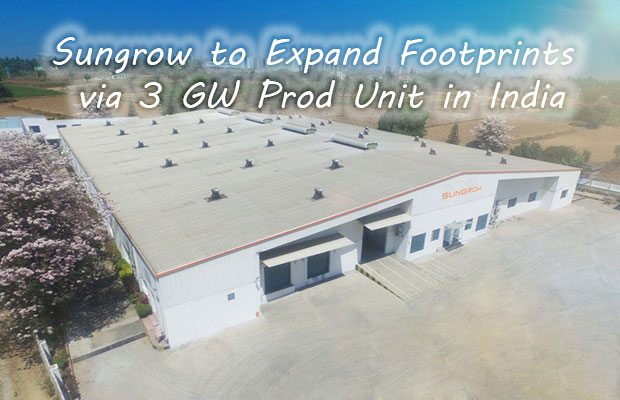 The company’s most of its production facilities are based in China and its Bangalore facility will be the first factory outside China.

The move has come as the company aimed to strengthen its global delivery capability by establishing a new factory.

Sungrow’s new manufacturing facility is expected to be launched in the second half of 2018. This factory can support its rapidly growing customer base in regions across the world.

Demands from India, the US, Europe, Japan, and other APAC countries drove much of the growth.

Commenting on the development, Sungrow, Chairman, Professor Renxian Cao said, “Sungrow is always committed to optimizing all kinds of resources to better meet our customers’ needs. With our same level of unmatched manufacturing and operational capabilities, the addition of a new factory in India will significantly enhance our delivery capability locally and elsewhere in the world.”