For the full year 2019, we expect net revenues at the mid-point to be about USD 9.48 billion, accompanied by a double-digit operating margin performance, said the company spokesperson. 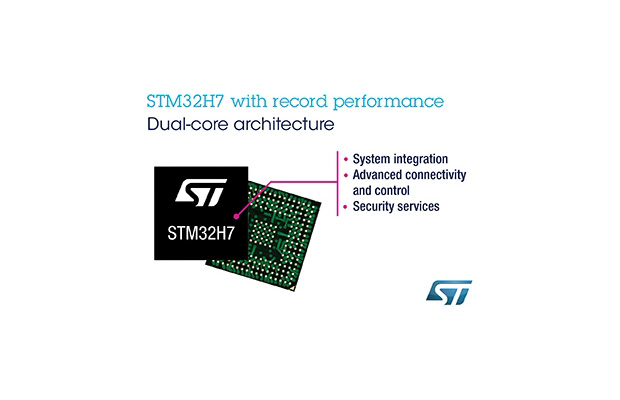 One of the leading semiconductor provider STMicroelectronics (ST) has reported marginally higher net revenue by 1.2 percent at USD 2.55 billion during the third quarter of 2019, on the back of higher sales in imaging, analog, power discrete and MEMS largely offset by lower digital ICs, automotive and microcontrollers sales.

It has reported USD 2.52 billion net revenue during the same quarter last year.

However, net income of the company slightly dropped to USD 302 million in Q3 FY19, against USD 369 million during Q3 FY18.

During the quarter, ST’s diluted earnings dropped to USD 0.34 per share in the third quarter of 2019, as compared to USD 0.41 per share during the same period previous year.

Commenting on the performance, STMicroelectronics, President & CEO, Jean-Marc Chery said “third quarter net revenues grew 17.5 percent sequentially, above the mid-point of our guidance of 15.3 percent, driven by engaged customer programs and new products in, as expected, a soft legacy automotive and industrial market.”

Chery further added that, “our third quarter operating margin was 13.1 percent and we returned to positive free cash flow while investing in key programs for our growth over the mid-term.”

The company’s operating income decreased by 15.6 percent to USD 336 million, from USD 398 million in the year-ago quarter.

ST has projected its guidance for the fourth quarter of 2019 as it’s net revenue is expected to grew by about 5 percent sequentially. While, it’s gross margin is expected to be about 38.2 percent.

“For the full year 2019, we expect net revenues at the mid-point to be about USD 9.48 billion, accompanied by a double-digit operating margin performance,” the company spokesperson said.

However, the company’s outlook is based on an assumed effective currency exchange rate of approximately $1.12 = €1.00 for the 2019 fourth quarter and includes the impact of existing hedging contracts.

Tags: Finance, International, Jean-Marc Chery, semiconductor, STMicroelectronics
"Want to be featured here or have news to share? Write to info[at]saurenergy.com