Shares of Sterling and Wilson Solar made a disappointing debut on the bourses, falling between 7 and 10 percent over its issue price of Rs 780. 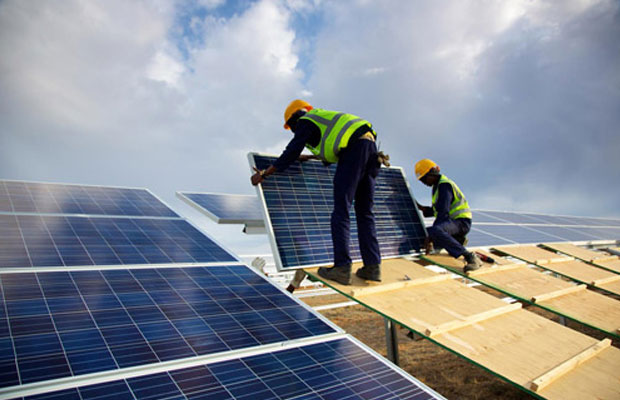 Shares of Sterling and Wilson Solar made a disappointing debut on the bourses on August 20, 2019, falling more than 10 percent over its issue price of Rs 780.

The scrip opened the day at Rs 700, with a discount of 10.25 percent over its issue price on the BSE. At the NSE, shares got listed at Rs 706, down 9.48 percent from the issue price. It was later reported that at the end of the day the stock ended at Rs 725.35, about 7 percent below its issue price.

According to the market, the stock hit a low of Rs 691 and a high of 755.50 during the day. Analysts said the tepid response to the IPO was largely due to the weak market conditions of late.

The Rs 3,125 crore initial public offer of Shapoorji Pallonji group firm Sterling and Wilson Solar Ltd, which was open for subscription between August 6 and 8, was subscribed 85 percent excluding the anchor portion. Including the portion allotted to anchor investors, the IPO saw a 92 percent subscription.

The firm had raised Rs 1,406 crore from 27 anchor investors by allotting 1,80,28,846 equity shares at the upper band price of Rs 780 ahead of its initial issue. Among the 27 anchor investors, leading investors include Nomura India Investment Fund, Schroder International, and Abu Dhabi Investment Authority who have been allocated 16 percent, 12.24 percent and 8.82 percent, respectively, of the total anchor book size, the firm said in a statement.

The price range for the offer was fixed at Rs 775-780 per share. The firm had said that the portion of the net proceeds would be utilised towards funding full repayment of loans.