The 2030 National Energy and Climate Plan has been issued in Spain, with the European nation seeking to deploy 2.2 GW of wind capacity annually until 2030. 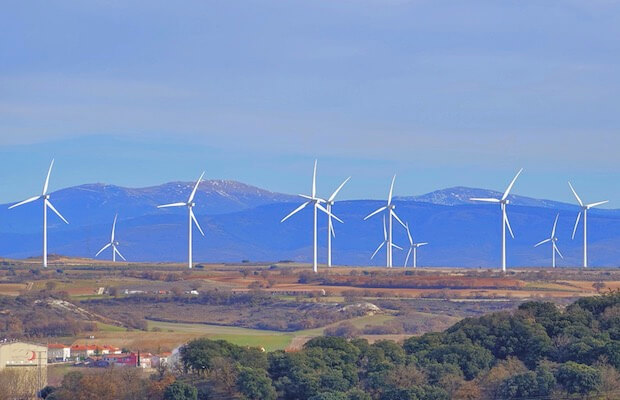 The Spanish government has submitted its 2030 National Energy and Climate Plan (NECP), raising the country’s ambitions on greenhouse gas emission reduction to 23 percent compared to the 1990 level. Spain is a powerhouse for renewable energy deployment with 25,7 gigawatts (GW) of total installed wind capacity and was also Europe’s leading market for onshore wind capacity additions in 2019.

According to the newly released NECP, this position is likely to be strengthened as the plan envisages renewables to account for 42 percent of the country’s energy mix and to generate 74 percent of its electricity. For wind energy, the government in Madrid plans an annual installation of 2.2 GW up to 2030.

“Spain has submitted an ambitious 2030 National Energy & Climate Plan (NECP) to the EU. This is a strong and encouraging sign for the European energy transition, especially in the current challenging times. Spain has long been a leader in renewables: wind is 20 percent of their electricity and they create more export revenues from wind energy than from wine. It’s great to see they’re now planning a significant further expansion of renewables. The level of ambition and visibility sends a clear signal to investors and will be good for jobs and growth. It makes Spain a frontrunner in the EU Green Deal”, said WindEurope CEO Giles Dickson.

Spain’s Ministry for Ecological Transition and Demographic Challenge (MITECO) is reserving the right to modify the Plan because the public consultations on the submitted Plan were derailed amid the COVID-19 pandemic.

“COVID-19 mustn’t undermine our common efforts to tackle climate change. On the contrary, the Green Deal is the best route out of the current crisis. Spain gets this. Its green economy will drive its recovery. And wind will play a central role: its shovel-ready, cheap to build and supports lots of jobs,” said Dickson. “Five other EU Member States still haven’t finalised their NECPs yet. They should find inspiration in an excellent Spanish example.”