The concept of the product has already been put to test in villages, refugee camps and slums in Eastern Africa, where its market is. 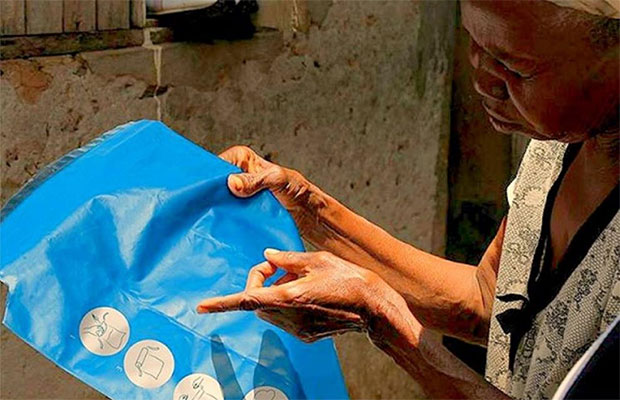 Two Danish architecture on a path to find solution to the problem of clean drinking water have developed a plastic bottle water purification system which uses solar energy.

The bottle known as ‘SolarSack’ is not only environmentally friend but also inexpensive. The concept of the product has already been put to test in villages, refugee camps and slums in Eastern Africa, where its market is.

The two Danish citizens who have designed the bottle are students of architecture and design, Anders Løcke and Louise Ullmann. The bottle designed by them can hold up to four liters of water which can be treated using the sun’s radiation for dirt and bactaria.

While running tests in Kenya and Uganda, the team, along with participation from local humanitarian organizations, found that under the direct heat of the sunlight for about four hours, between 99.99 and 99.999% bacteria are eliminated.

The bag has been approved by the World Health Organization and costs less than aa dollar. The bag can also be reused 150 times giving it a long life.

According to researchers, 80% diseases in this region come from lack of access to clean drinking water. Therefore the manufacturers have taken a decision to distribute these bottles all through East Africa.