Soon the MoUs will be made with farmers and the government will start working on multiple projects and the policy will be implemented thereafter. 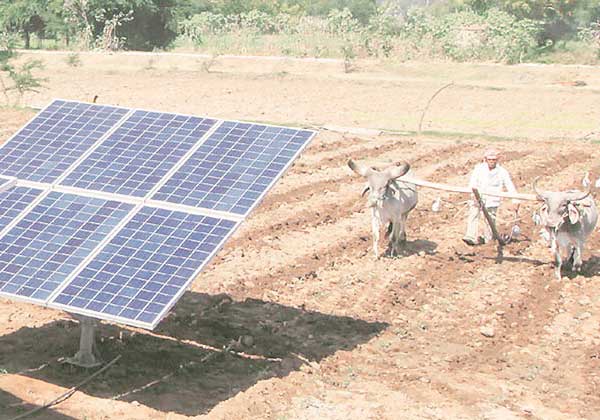 A new solar power policy for farms is in offing in Gujarat as the Government of the state is taking lands from farmers on lease to install solar panels while at the same time allowing them to grow crops as well.

The farmers in return will be paid monthly rent for their land and also the profit share.

Soon the MoUs will be made with farmers and the government will start working on multiple projects and the policy will be implemented thereafter.

A role of facilitator will be played by Government’s Gujarat Energy Development Agency in order to benefit farmers in many ways possible.

“The farmers will not only get the rental for leasing their farm land, but will be formula of other returns too. As per formula, they will get share in the profit up to 20% against the power generation and can use the power generated through solar panels extraction of ground water. They will not be charged for the power,” government official reportedly said.

Although there is no time limit for farmers to rent out their land but the initial MoUs with investors will be signed for the period of five years. Also the water that is used to clean the solar panels can be used by farmers in micro-irrigations for their crops.

“It will not be like the land given on lease cannot be utilised for farming purpose, in fact the space between the rows of panels will be free for farming and short crops like vegetables and some grains can also be taken,” the official further added.