Solar Power Capacity in Virginia likely to triple in 5 years

The estimated generation of solar energy in the near future will provide power to nearly 200,000 homes in the state 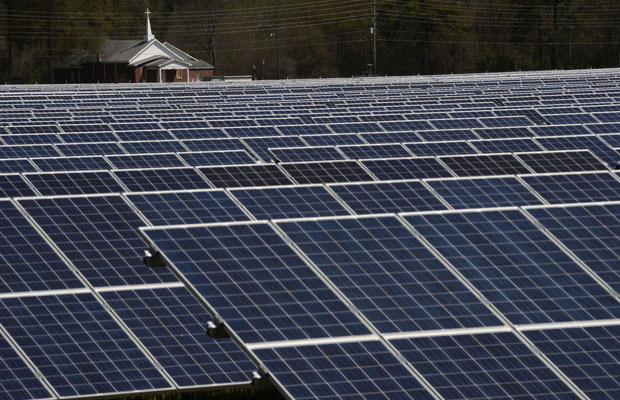 The capacity to generate solar electricity in Virginia is likely to triple over the period of next five years, said a recent report by Solar Energy Industries Association.

The estimated generation of solar energy in the near future will provide power to nearly 200,000 homes in the state, as per the reports.

Not only in Virginia, nationally the solar power industry has been growing exponentially, but that is still a meager 2 percent of the total electricity generated in the country.

There are many reasons for the amount of growth country is witnessing including falling costs of installation and the popular demand for the clean energy by the people.

Although solar power plants in rural areas do not help in much in employment generation but the owners of the farmlands lease their lands for power generation because they find it more profitable than farming.

The local house owners in Virginia have enough resources to generate electricity to meet their household demands. It has over three million housing units, thus has a sufficient of demand for electricity.

Those living in the woods or in the shades where sun set too early can get shared electricity from their locals, which in fact is happening in many part already, according to the report Solar Power in Virginia.

The report further stated that ‘peak demand shapes the planning of those utilities for adding new capacity. Each solar panel offsets just a tiny amount of demand, and the number of panels installed each year is not yet sufficient to eliminate the need for new power plant construction.’