The solar industry association has written to the authorities after the Authority for Advance Rulings (AAR) upheld the rate to be at 18 percent and not 5 percent GST rates on Solar Projects. 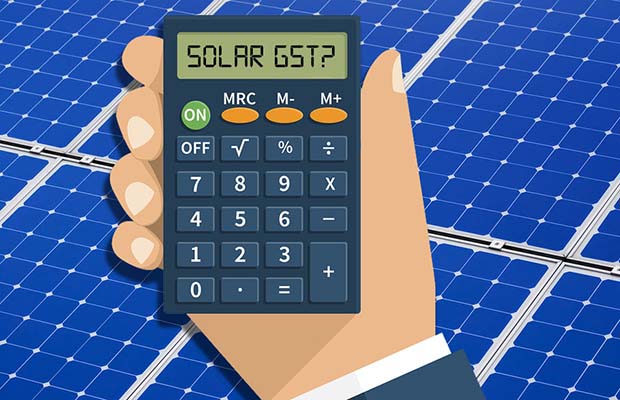 Solar Power Developers Association (SPDA) has sought clarity on the GST rates on solar projects from the solar policy makers, including important officials in the finance ministry.

The solar industry association has written to the authorities after the Authority for Advance Rulings (AAR) upheld the rate to be at 18 percent and not 5 percent.

The industry is feared to face vigorous headwinds if the rate is held at 18 percent. The rate is also believed to render the solar projects unviable. If the rate persists, it would drastically affect the center’s plan of increasing solar capacity to 100 GW by 2022.

The unclear rate of GST on projects is said to a direct implication of ambiguous definitions of ‘solar power generating systems (SPGS)’ in the law.

The SPDA has asked Finance Secretary Hasmukh Adhia to examine the issue of ambiguous interpretation and diverse advance rulings regarding the GST rate on projects in the upcoming GST Council meeting on August 4, 2018.

Director General, SPDA, Shekhar Dutt, “Complete clarity on the quantum of tax applicable is very essential to arrive at fair cost and tariffs. Continuity of ambiguous tax structure is affecting the solar tariffs and recent advance rulings by various states authorities has been very alarming towards additional tax burdening on the projects as their interpretations aren’t aligned with 5 % GST guided by the law. It raises serious concerns on economics/viability of the projects.”

Further, there are different views on the application of GST on projects from different state authorities. These views are said to base on the availability, cost and ease of installation process of equipment for different states.