The ReNew Power IPO comprises of new shares worth Rs 2,600 crore. The move also comes with an additional offer for sale of over 94 million equity shares by existing shareholders. 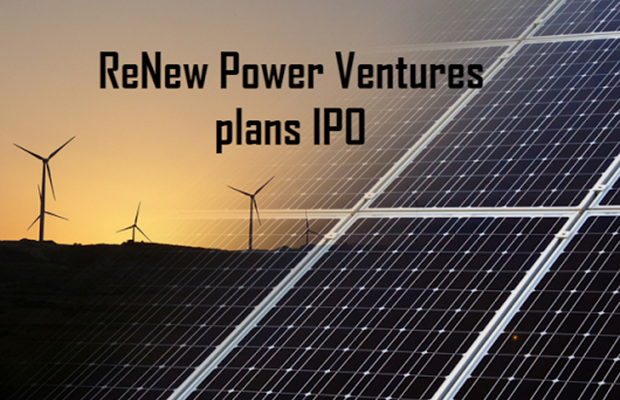 The IPO comprises of new shares worth Rs 2,600 crore. The move also comes with an additional offer for sale of over 94 million equity shares by existing shareholders.

It was founded in 2011 by Suzlon Energy’s former Chief Operating Officer, Sumant Sinha. The company flourishes, owns and operates large scale wind and solar power projects that generate energy for commercial and industrial users. It owns over 5600 MW of commissioned and under development clean energy projects.

The company had filed for the IPO in May and received a go-ahead on July 18. It looks forward to use the returns therein for fund acquisitions, redemption of company’s debentures and general corporate purposes.

In a series of efforts to float IPO, ACME Solar holdings got approval for floating first shares in December 2017 and Singapore based Sembcorp Industries filed for an IPO in February 2018 and is awaiting nod.