Jammu and Kashmir have second highest potential to generate solar power in the country after Rajasthan. 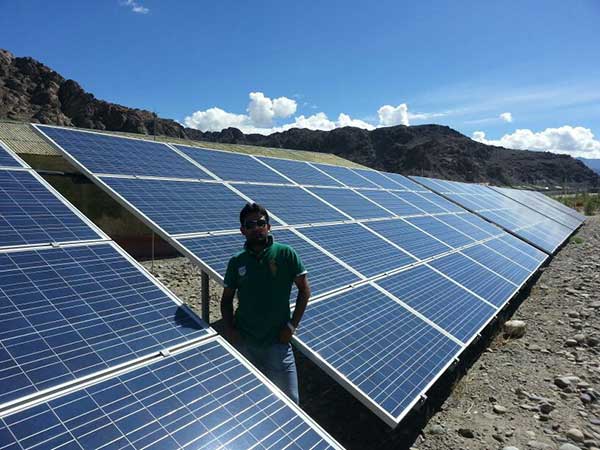 Jammu and Kashmir Deputy Chief Minister Nirmal Singh said that solar energy can be explored to provide affordable power to the residents living in remote and far off places of the state.

Talking specifically of Billawar in Kathua district of Jammu region, Dy CM said that to revamp PDD scenario the possibility of Solar Power will be explored to the fullest to provide affordable and quality power round the clock.

Dr. Singh further said that the vision of the Prime Minister to provide electricity to every un-electrified household of the country can be realized through Sahaj Bijli Har Ghar Yojana (SAUBHAGYA) scheme by providing power connection at people’s doorstep and the scheme is designed in such a way that the poorest of the poor can afford electricity in their homes.