A study by CEEW has found that half of the 1,600 farmers surveyed across the state expressed dissatisfaction due to depleting water tables and high expenditure on diesel. 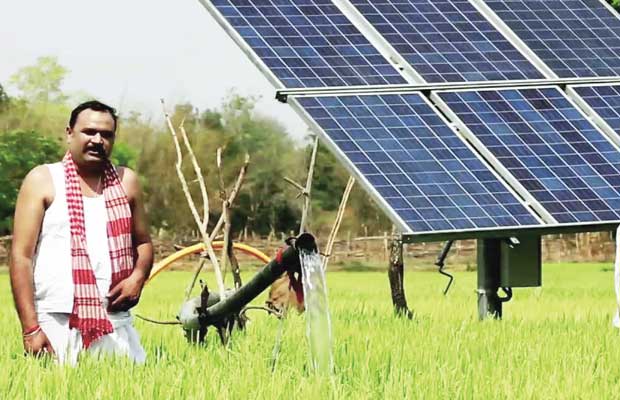 With multiple problems farmers facing in the country including reducing water table and high expenditure on diesel to run their pumps to irrigate their lands, the Council on Energy, Environment and Water (CEEW) has found that solar based water-as-a-service (WAAS) pumps can help farmers in Eastern and Central UP to irrigate their lands at an affordable cost.

A study by CEEW has found that half of the 1,600 farmers surveyed across the state expressed dissatisfaction due to depleting water tables and high expenditure on diesel.

According to CEEW, with high concentration of small and marginal farmers, and adequate groundwater availability, UP is the third ranked state in the country in terms of access to irrigation facilities.

The survey also found that about 80 per cent of farmers were willing to buy water directly from a solar pump run by a rural entrepreneur, provided the price was competitive to prevailing diesel-powered local water market prices. A solar pump entrepreneur can undercut the diesel-based water tariffs, the study said.

A workshop under the title ‘Solar for Irrigation: Using a Decision Support Tool to Guide Action in Uttar Pradesh’ was organized by CEEW in which the technology tools that can be used in the field were discussed at length. The workshop show introduction of web-based, data-driven decision support tool that can assist financiers, policymakers, and entrepreneurs in the deployment policies of solar-based irrigation projects.

Abhishek Jain, Senior Programme Lead, CEEW, said that Uttar Pradesh, with its high concentration of small and marginal farmers, and relatively high disbursement of long-term bank loans, provides an opportunity to increase farmers’ incomes by incentivizing them to invest in farm technologies such as solar pumps.