Being the hub of investment as far as solar industry is concerned, countries like China and now Japan’s tech giant SoftBank are eyeing to grab a major pie in the clean energy segment in India. 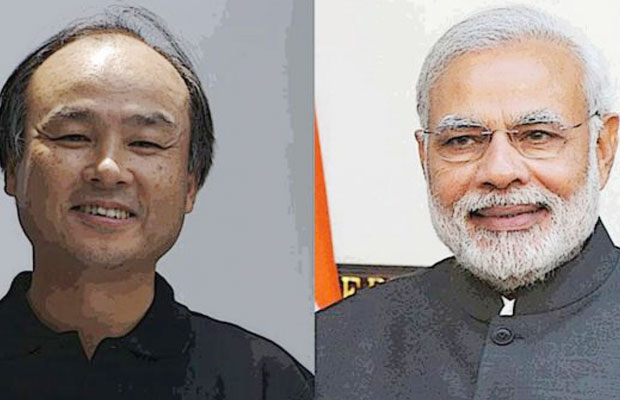 In the coming years, India is expected to go through the biggest revolution in solar energy. The country which has been facing hue and cry of people over rising fuel prices and scarcity, the renewable source of energy can solve the energy crisis as well as affordability to a large extent.

Being the hub of investment as far as solar industry is concerned, countries like China and now Japan’s tech giant SoftBank are eyeing to grab a major pie in the clean energy segment in India.

SoftBank’s Chairman and CEO, Masayoshi Son who is expected to visit India for a week on June 10 may meet Prime Minister Narendra Modi with a vision of $60 billion investment in the solar sector in the country.

This could be the biggest investment made ever by Son in any country for a particular industry after Saudi Arabia where it signed a deal to invest a whopping $200 billion for world’s largest solar project.

Citing sources a Moneycontrol report mentions that of the $60 billion as much as $45 billion-50 billion is proposed to go into the manufacturing of solar cells and modules. A large amount of this will go into making storage products. Rest $10 billion-15 billion will go into the generation of solar power.

This reflects the potential of solar projects in the country of over 1.3 billion citizens. Meanwhile, a slew of startups and government agencies are working behind the cause but it will take a long time to feel their presence unless the segment attracts huge private infrastructural fund.

Importantly, this could be a big push for the Modi-led government’s vision to achieve 175 GW of renewable energy generation capacity by 2022.

This is not the first time when SoftBank is taking lead for a huge investment in the solar sector. In 2015, it announced to invest around $20 billion in such projects in India and develop at least 20 gigawatts (GW) capacity of the solar project.