SMEV expects the government to target at least one million EVs in top-10 most-polluted cities across India. 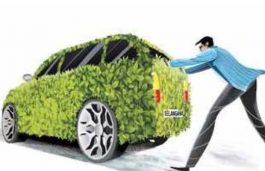 Electric vehicle makers’ body Society of Manufacturers of Electric Vehicles (SMEV) has asked for an allocation of Rs 20,000 crore in the next two years for promoting EVs in the country and also urged the government to impose a “notional green cess” on conventional vehicles in the upcoming interim Budget to fund the drive.

Spelling out their budget wish list, the SMEV also said that the second phase of the Faster Adoption and Manufacturing of Hybrid and Electric Vehicles (FAME) must be announced with a six-year plan and time-bound implementation.

He further said SMEV expects the government to target at least one million EVs in top-10 most-polluted cities across India.

“SMEV recommends a notional green cess on all IC (internal combustion) engine vehicles to create this corpus rather than dipping into the exchequer,” he added.

SMEV said Indian supply chain for critical powertrain components of EVs will come up only if there are enough such vehicles on the road. “Till then, the current import duty concessions should continue, so that the vehicles do not end up becoming costlier,” Gill added.

The EV industry body further said, “The government should give more thrust on e-mobility under the smart city project which is missing, currently.”

The interim Budget is expected to be presented on February 1.