Plug Power and SK Group intend to form a strategic partnership to accelerate hydrogen as an alternative energy source in Asian markets. 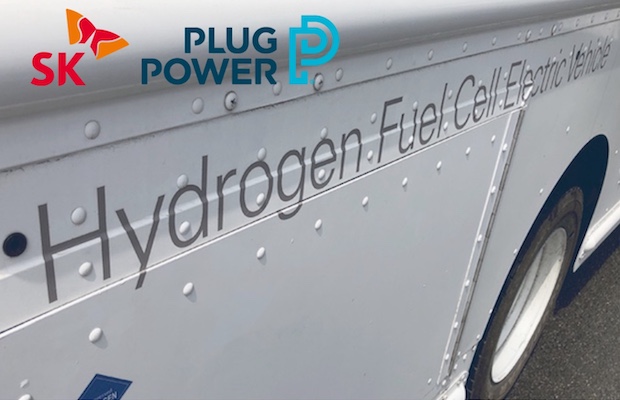 Plug Power, a leading provider of hydrogen fuel cell and fueling solutions enabling e-mobility, and SK Group, one of the leading South Korean business groups, has announced that the companies intend to form a strategic partnership to accelerate hydrogen as an alternative energy source in Asian markets. Through this partnership, Plug Power and SK Group intend to provide hydrogen fuel cell systems, hydrogen fueling stations, and electrolyzers to the Korean and broader Asian markets. In conjunction with this partnership, the companies have also entered into a definitive agreement for SK Group to make a USD 1.5 billion strategic investment, taking a 9.9 percent stake in Plug Power and are announcing a plan to form a joint venture company in South Korea to support the rapidly growing Asian Market.

The firms’ further stated that the combination of SK Group’s significant presence and leadership throughout Asia’s energy industry and its strategic direction on portfolio transformation to green via hydrogen economy with Plug Power’s leadership in hydrogen fuel cell systems, fueling stations and green hydrogen generation represents a powerful team to accelerate the growth of hydrogen economy in Asian markets.

“Plug Power is a leading player in the hydrogen industry with decades of experiences and distinguished business model,” said Hyeongwook Choo, Head of Hydrogen Business Development Center of SK Holdings. “This partnership between Plug Power and SK will bring significant and solid opportunities in the hydrogen industry, creating value to society. SK Group is focusing and actively investing into the ESG sector and Plug Power would be one of our splendid footprints within this strategy.”

In January 2019, the South Korea government announced the Hydrogen Economy Roadmap through 2040, with ambitious goals, including: over 5 MM tons of hydrogen per year, over 6MM fuel cell EVs, 1200 refilling stations and 15 GW of fuel cell power generation, and expects the cumulative economic value of its hydrogen economy to reach ~USD 40 billion by 2040.

“SK Group has an established strategy for building out the hydrogen economy in South Korea and beyond,” said Andy Marsh, CEO for Plug Power. “The current relationship with SK Group offers immediate strategic benefits to us to accelerate its expansion into Asian markets – and is intended to result in a formal joint venture (JV) by 2022. Due to the complementary strengths in this partnership, we expect rapid growth and significant revenue generation from the joint venture that are incremental to our 2024 plan.”