China based solar product manufacturer Jiangsu Seraphim Solar System (Seraphim) has unveiled its new high-efficiency 166mm half-cut cell module, which can save over 5 percent of the cost per watt in projects above 1MW against ordinary modules. 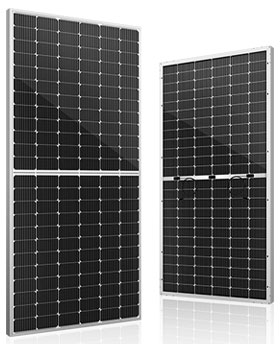 This is a new generation of photovoltaic (PV) modules combining 166mm-size silicon wafers with multi-busbar (MBB) and half-cut cell technology and has superior performance in both efficiency and reliability.

The company claimed that this new module will be a strong competitor in the power market as the new 166mm half-cut cell module has an efficiency of 20 percent and a maximum power output of 445W.

Commenting on the launch, Polaris Li, President of Seraphim, said that “Seraphim has rich and unique experience in module research and development, manufacturing, and technology.”

The features of the product include – its MBB technology enhances the cell’s performance, while the half-cut cell technology reduces mismatches, internal power losses, cracking, and hot spots, and improving the overall conversion efficiency by more than 5 percent.

The company, whose global capacity has reached 5 GW in 2019, claimed that it managed to improve the module bifaciality rate up to 70 ± 5 percent, resulting in a theoretical maximum power of 579W, which can significantly reduce a project’s LCOE.