Senvion and Trianel Windkraftwerk Borkum II (TWB II) announced today to continue their cooperation agreement for the supply of turbines. 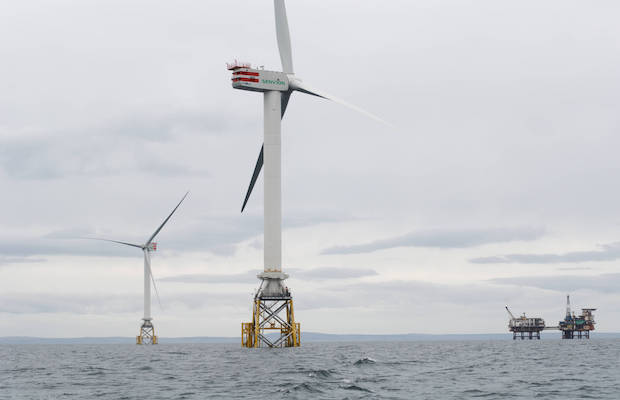 The project partners have agreed on a new supply contract, which will ensure supply of wind turbines for the Trianel Borkum II wind farm. The remaining 17 of the 32 wind turbines are supposed to be delivered in autumn 2019.

“We want to thank our customers of TWB II for the constructive talks. The positive outcome secures the continuation of one of our key offshore projects during these challenging times,” said Yves Rannou, CEO of Senvion.

“Together with Senvion, we have found a viable solution that ensures the production and on-time delivery of the remaining wind turbines. This enables us to continue the construction phase of the offshore wind farm and start the installation campaign in June”, said Klaus Horstick, Commercial Director of TWB II.

According to the initial timing the construction was supposed to start in mid-April 2019. By then, 15 of the 32 wind turbines had already been delivered on time and transported to the base port in Eemshaven. “We can come up for the changes in the construction schedule that occurred so far and expect to complete and commission the wind farm as planned by the end of 2019,” adds Irina Lucke, Technical Director of TWB II.

Senvion had filed for self-administration on April 2019. The original general contract between Senvion and TWB II, therefore, had to be adjusted. The service contract with Senvion remains unchanged. TWB II is in the direct contractual relationship with subcontractors for the installation of wind turbines.

In April, Senvion and its lenders and main bondholders signed a binding loan agreement, setting forth terms for a EUR 100m debtor-in-possession (“DIP”) facility. The DIP facility received Board approvals and allows substantial drawings already, enabling the company to stabilise its business operations and provide funds to its non-insolvent subsidiaries.