A team of scientists has discovered the parameters that determine the efficiency of a class of low-cost catalysts called spinel oxides – a discovery that breaks a bottleneck in the extraction of hydrogen from water through electrolysis. 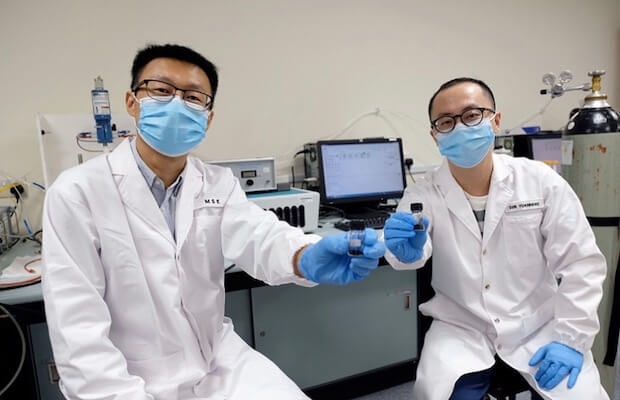 A team of scientists led by the Nanyang Technological University, Singapore (NTU Singapore) has discovered the parameters that determine the efficiency of a class of low-cost catalysts called spinel oxides – a discovery that breaks a bottleneck in the extraction of hydrogen from water through electrolysis, the process of splitting water with electricity.

A major challenge of this process lies in the energy loss as the chemical reactions involved in water electrolysis take place, driving up the cost to produce hydrogen through this method. Catalysts are therefore necessary to speed up these chemical reactions. Spinel oxides, which are typically made of cheap transition metals, have garnered interest in recent years as a stable, low-cost catalyst that could overcome this challenge, but the design of high-performing spinel oxides has been hampered by the lack of understanding of how they work.

The water electrolysis process takes place in an electrolyser, where two main chemical reactions take place as water is split: one results in hydrogen production, while the other leads to oxygen production and the two gases are kept separate by a membrane.

Associate Prof Xu of the NTU School of Materials Sciences and Engineering said the main bottleneck lies in the chemical reaction that leads to oxygen generation from the other side known as the oxygen revolution reaction. He said “the oxygen evolution reaction is critical to the efficiency of devices that split water to produce hydrogen fuel, but it is also a sluggish chemical reaction that lowers the overall energy conversion efficiency. This is why we need catalysts such as metal oxides to speed things up.”

These findings bring the team a step closer to making water splitting a suitable approach for large-scale manufacture of hydrogen gas, which has been highlighted by the Energy Market Authority as one possible low-carbon alternative for reducing Singapore’s carbon footprint as it targets to halve its peak greenhouse gas emissions by 2050. This is in line with global trends –  the European Union, for instance, recently unveiled its “hydrogen strategy” as an important part of the solution to meet the 2050 climate neutrality goal of the European Green Deal.

Xu who is also part of NTU’s Energy Research Institute said that “to improve the performance of spinel oxides, we need a deeper understanding of how they work as catalysts to make water electrolysis more efficient. Now, by identifying the parameters that make spinel oxides good catalysts for this process, we can create new, better spinel oxides based on these parameters, bringing us one step closer to a hydrogen-powered economy.”

While precious metal oxides have proven to be state-of-the-art catalysts that reduce energy consumption and enhance energy conversion efficiency, their scarcity, high cost and poor durability have limited their application at large scale. Spinel oxides, with their low cost and availability in abundance, could become a viable alternative if they were designed with the right parameters, such as the type of transition metal in the spinel oxide, to increase catalytic activity, said Xu.

Based on key parameters that the team had identified, the team trained a machine learning model with a dataset of over 300 spinel oxides in order to screen and predict the efficiency of any spinel oxide catalyst in a matter of seconds. Using this method, the team found that a new oxide comprising manganese and aluminium was predicted to show superior catalytic activity. This was validated experimentally.

Xu added “while the ability to design highly efficient catalysts greatly pushes forward the technique of water electrolysis in hydrogen production, there are two other major bottlenecks we have to look at before widespread adoption of this technique is possible. Firstly, we have to improve the membrane in such alkaline electrolysers to support long-term hydrogen production.

“When that’s done, then we can work with our engineering colleagues to see how we can put all of these upgrades into an electrolyser that can function on an industrial level.”