The only competitor in the bidding of new projects was Tata Power Renewable Energy. Tata’s bid for the projects was Rs 2.83 per unit, which is one paisa more than that of SB Energy. 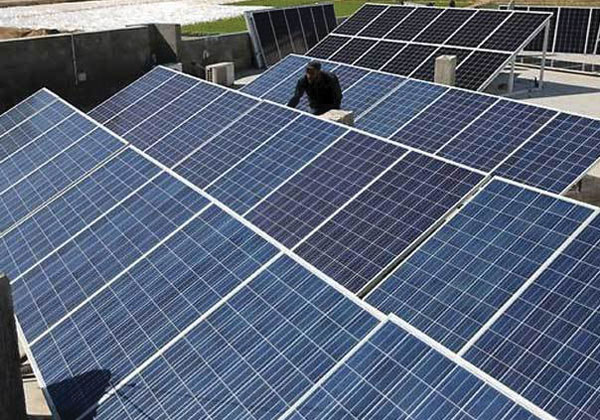 Auctioned by Solar Energy Corporation of India (SECI), SB Energy has bagged entire 200 MW of solar projects at a tariff rate of Rs 2.82 per unit in Karnataka. SB Energy is a joint renewable energy venture of Bhati Airtel, Taiwan’s Foxconn and Japan’s SoftBank.

The only competitor in the bidding of new projects was Tata Power Renewable Energy. Tata’s bid for the projects was Rs 2.83 per unit, which is one paisa more than that of SB Energy.

In Karnataka, Pavagada Solar Park has been chosen to build the projects. As compared to the last auction held at the same venue, the tariff this time is low.

An auction of 1,200 MW of projects was held by Karrnataka Renewable Energy Development Ltd (KREDL) where the winning tariffs were in the range of Rs 2.91-2.93 per unit.

However, much to the disappointment of KREDL the auction for 1200 MW of projects was undersubscribed. The bids were received for 550 MW only, after which KREDL didn’t re-issue the tenders. Later the allotment was made to winning bidders at whatever price they suggested to KRDEL.

SECI’s superior reputation is   seen as the reason behind better showing in their auctions. Pertinent to mention here that being an arm of the ministry of new and renewable energy it would enable winning developers to get financing at lower cost.

However, Rs 2.82 of tariff in this auction is seen as slightly higher than earlier auctions. Earlier this week an auction of 1000 MW by Maharashtra’s State Electricity Distribution Co Ltd (MSEDCL) saw winning tariffs of Rs 2.71 & 2.72 per unit respectively.

Similarly, an auction of 750 MW by NTPC last week saw the discovered price at Rs 2.72-2.73 per unit. The auction was for the projects at the Ananthapuram Solar Park, Andhra Pradesh.