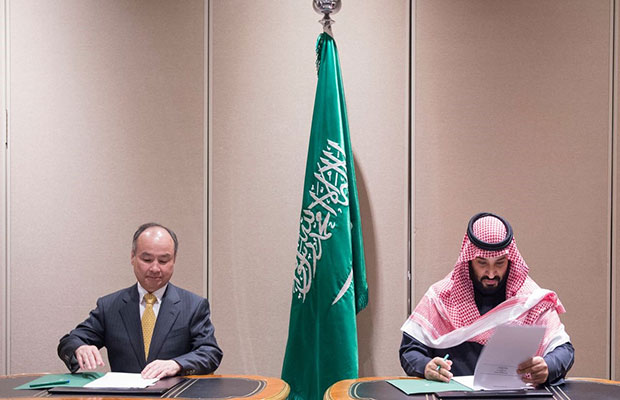 At a press conference in New York, the Crown Prince and the Softbank CEO said they expected the solar project to have the capacity to produce up to 200 gigawatts by 2030.

The project is expected to support the creation of a domestic solar equipment manufacturing industry in the kingdom.

This MoU is also complementary to what was previously signed in the Future Investment Initiative last October.

The MoU is based on the commitment of the two parties to the production and distribution of solar panels with a capacity of 200 gigawatts in Saudi Arabia, as well as exploring the opportunities to establish industries in the field of power generation systems and batteries in the kingdom, which will help to support diversification of sectors and create jobs in the field of advanced technologies.