In a bid to speed up renewable energy adoption in the country, Saudi Arabia is planning to create a mega complex for solar and carbon black 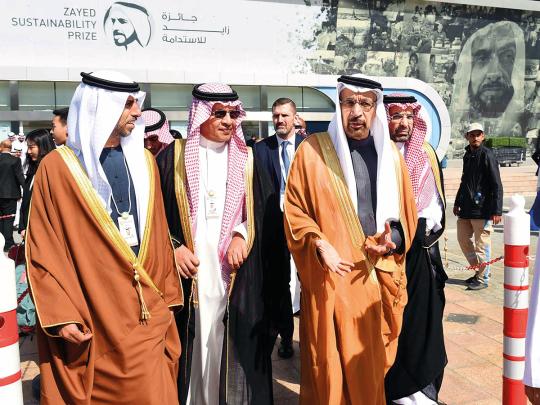 Saudi Arabia has revealed its plans to develop a $2 billion solar and carbon black integrated complex to speed up renewable energy programme in the country and is working on a collaboration with China’s Long Solar and South Korea’s OCI to help build the mega-complex.

Carbon black is produced from heavy petroleum products and is commonly used as a filler in tires and rubber products.

The country is conducting a feasibility study for the project and has signed a memorandum of understanding (MoU) with the companies from China and South Korea, according to a Saudi official said. The feasibility study is expected to be completed by the middle of this year.

“The Memorandum of Understanding is about conducting a feasibility study for an integrated complex that would make polysilicon available, which is basic raw material for the solar panels,” said Tariq Baksh, vice-president of chemicals and renewables programme, at Saudi Arabia’s National Industrial Clusters Programme.

“The project would be supported by carbon black that is going to be a sort of integration in connection with energy production,” he said without disclosing further details.

Mr. Baksh was speaking to reporters on the sidelines of World Future Energy Summit in Abu Dhabi. Saudi Arabia is targeting renewable energy of 58 gigawatts by 2030 and is planning to build a number of plants in the kingdom.